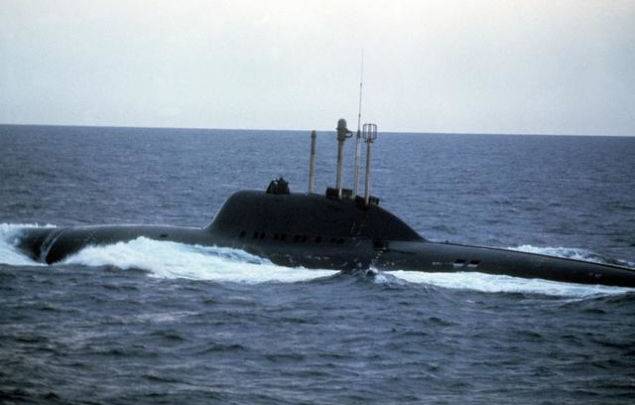 Russia is reportedly bringing back a fleet of Cold War-era mini-submarines, a move that could ramp up tensions with the West.

Moscow is set to bring back the Cold War-era Piranha-class midget subs as part of a $350 million military spending spree, according to the U.K.’s Daily Express. An unnamed source told the newspaper that Russian leader Vladimir Putin is “breathing life into many old programmes and thinks subs are an effective way of getting what he wants militarily.”

Relations between Russia and the West have sunk to post-Cold War lows after Moscow’s annexation of Ukraine’s Crimean Peninsula and its support for a pro-Russian insurgency in eastern Ukraine.

Amid these simmering tensions, Russian submarine activities are under close scrutiny, particularly in the Baltic. Last year the Swedish military launched amajor hunt for a suspected underwater intruder in the Stockholm archipelago, its largest anti-sub operation since the end of the Cold War. Defense experts cited Russia as the likely culprit, although Moscow denied its involvement.

The incident nonetheless prompted speculation that a Russian Piranha sub was involved.

Described as virtually undetectable, the covert subs can lay mines and fire torpedoes. The diesel-electric submarines displace a mere 390 tons when submerged and can carry nine crew and six combat divers, according to theU.S. Naval Institute.

The Piranha submarines could pose a “significant threat” to the U.K. if they enter British waters, according to the source interviewed by the Daily Express.

However, Dmitry Gorenburg, an analyst at naval research specialist CNA, is skeptical about the prospect of Piranha subs resurfacing in Russia’s military. “The two remaining subs of this class have been out of service for more than 15 years,” he told FoxNews.com, in an e-mail, adding that it would be a major task to refurbish them. “The subs were originally withdrawn because they were seen as difficult to use and too large for their purpose,” he added.

Gorenburg believes that Russia is more likely to build new midget subs at some point in the future, rather then revamping old ones.

Washington has been keeping a close eye on Moscow’s military moves. On Thursday President Obama’s nominee to lead the military’s Joint Chiefs of Staff warned that Russia poses the world’s greatest threat to U.S. national security. “If you want to talk about a nation that could pose an existential threat to the United States, I’d have to point to Russia. And if you look at their behavior, it’s nothing short of alarming,” Marine Gen. Joseph Dunford told senators at his confirmation hearing.

Other senior military figures have voiced their concerns about Russia. In April Adm. William Gortney, head of U.S. Northern Command, warned that Russia’s modern military is now “far more capable” than that of the Soviet Union, saying Moscow is “messaging” the United States that “they’re a global power.” Gortney disclosed to Congress in March that Russian heavy bombers flew more “out-of-area patrols” last year than in any year “since the Cold War.” The following month, he affirmed that Russia’s “long-range” flights are rising – and occurring in places they haven’t before, like near Canada, Alaska and the English Channel.

On July 4 two pairs of Russian bombers flew off the coast of California and Alaska — forcing the Air Force to scramble fighter jets to intercept both flights, defense officials told Fox News.

The Russian Embassy in Washington D.C. has not yet responded to a request for comment on this story from FoxNews.com.