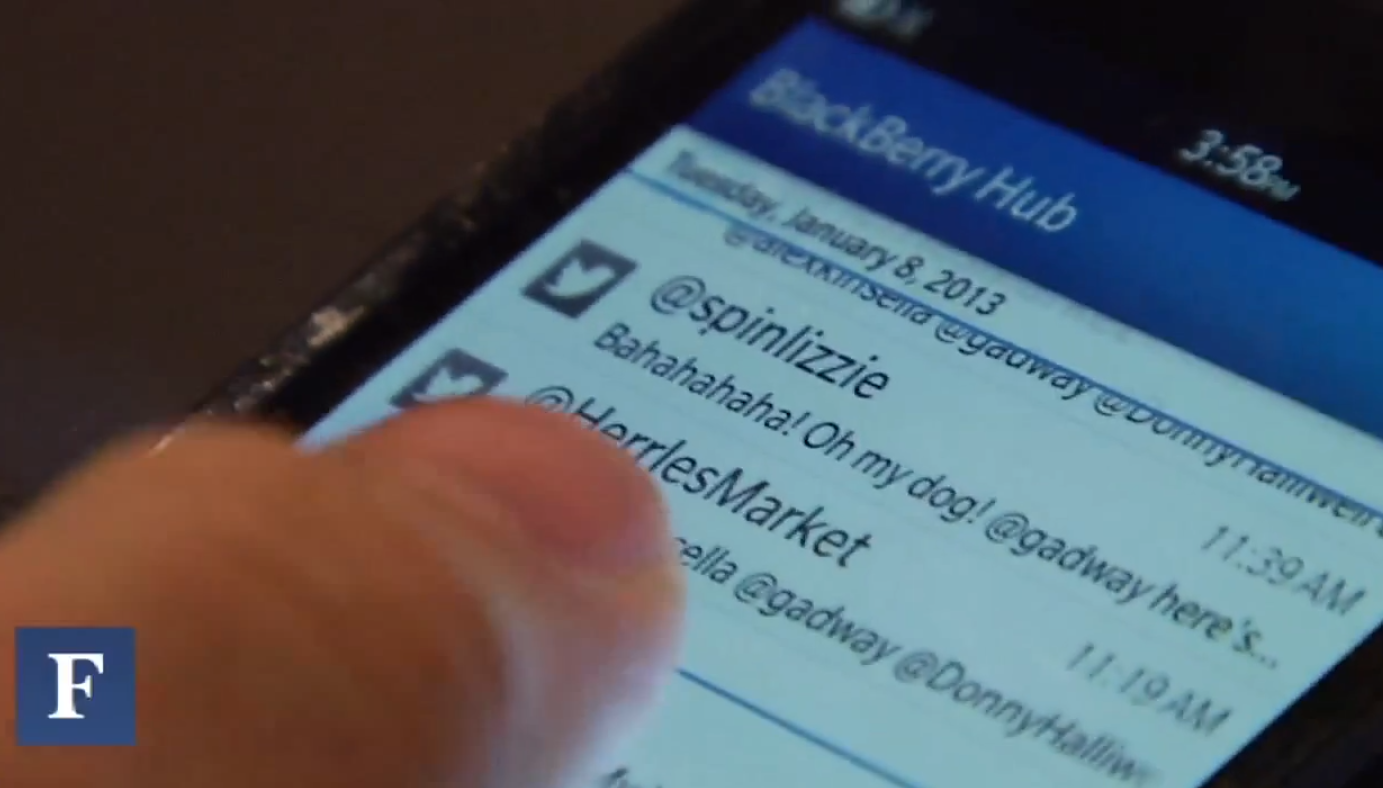 RIM (RIMM) isn’t conducting any big press conferences at the Consumer Electronics Show this year and it doesn’t even have a booth, but that doesn’t mean the company isn’t working hard to promote BlackBerry 10 in Las Vegas this week. Jeff Gadway, RIM’s senior manager for BlackBerry product marketing, took some time this week to talk with Forbes about his company’s upcoming new smartphone OS and how it will hopefully put RIM back on the map as a major player in the mobile industry.

Among other things, Gadway showed off BlackBerry 10’s nifty multitasking capabilities that allow users to easily access all their important messages within the BlackBerry Hub messaging center without closing down any of the apps they currently have open. What makes this capability particularly cool is that Gadway performed it with just two finger swipes: A swipe up from the bottom of the screen to shrink the app window and a second swipe right to bring up a “peak” at his messages.

Gadway also showed off the BlackBerry Hub itself, which acts as a one-stop message center that lets users handle messages from multiple email accounts, BlackBerry Messenger, social networking sites and text messages all in one location. RIM has already signed up big-name social networks sites such as Facebook (FB), Twitter and LinkedIn (LNKD) for the Hub, and Gadway notes that the Hub will have an open API that will let developers easily hop on and add their own social networks to the service.

And finally, Gadway demonstrated RIM’s new keyboard technology that takes auto-complete suggestions to a whole new level by allowing users to simply swipe up on a suggested word hovering over the keyboard to insert it into a message.

All of these new functions seem very cool, and we’re very eager to see the complete BlackBerry 10 package once RIM unveils it later this month. A full video of the Forbes interview follows below.