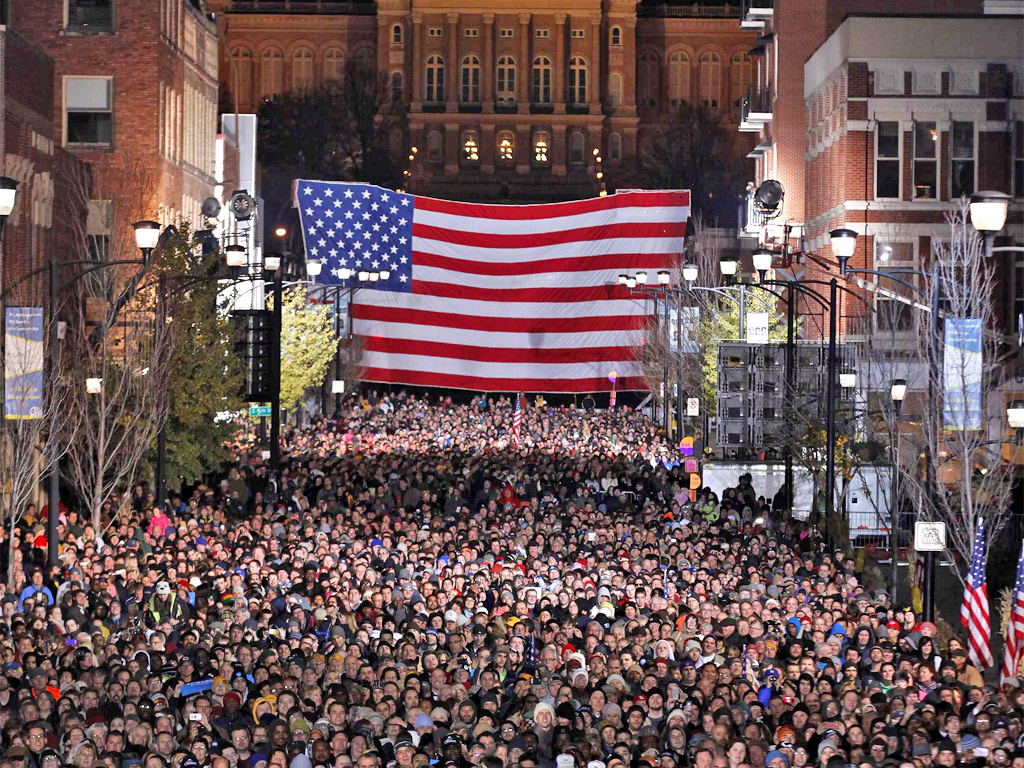 Let’s say you’re Donald Trump and you’re running for president despite the fact that a huge majority of the country hates you. How would you attract supporters to your rallies? Well it turns out that you can pay people to come cheer you on during speeches, and there’s a company out there that’s been founded specifically to help political campaigns fill up their events with fake supporters.

After hearing Jeb Bush’s announcement last week, Liberty Chat contacted a company called Crowds on Demand, pretending to be an employee of a GOP candidate running for office and looking for such “rent a crowd” services.

As it turns out, the company does provide paid actors for political rallies. These actors are apparently very discrete, as they are tied to the company by binding non-disclosure agreements and they’re ready to cheer and support any would-be candidate.

“We have worked with dozens of candidates in the U.S. primarily but not exclusively Republican,” Crowds on Demand founder and CEO Adam Swart said, presenting his company’s services. “Mostly they are candidates who suffer from lack of enthusiasm/turnout at rallies and in need of a ‘game change’ (sorry, that’s a loaded term now!). The candidates have been primarily congressional/senate candidates. We’ve only worked with one (serious) presidential candidate thus far.

As Liberty Chat points out, the company was founded in September 2012, meaning that this supposed “serious” presidential candidate is likely running in this year’s election.

Swart further said that this approach has led to increased poll numbers and “in many cases made the margin of victory” for a few reasons.

According to him, candidates hiring cheerful crowds will benefit not only from the actual cheering that can bolster self-confidence regardless of whether the candidate knows or doesn’t know the crowd is paid for, but also bring more attention from the media and convince voters they’re backing the right person.

Hiring a crowd also “gives a sense of legitimacy for the candidate among their existing supporters. When they see lots of enthusiastic folks at rallies, they feel like they’re backing the right horse,” according to Swart.

On its website, the company confirms it’s offering such “political services.”

“A foreign government hired Crowds on Demand to help generate a positive reception for its newly elected leader during the UN General Assembly,” the company says. “The concern was ensuring that the leader was well received by an U.S. audience and confident for his work at the UN. We created demonstrations of support with diverse crowds. We also used the media primarily local and national outlets to bring more attention to these demonstrations which led to a mostly positive portrayal. The crowds that we deployed drew in more supporters creating a strong presence for this leader at the UN and an improved perception of him by the American public.”