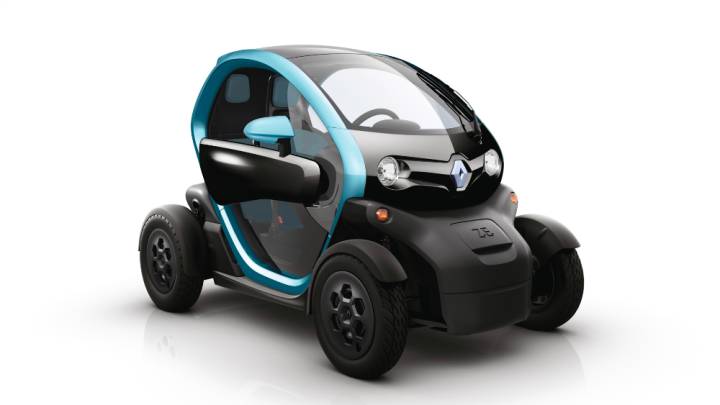 Meet Twizy, a Renault electric car – well, better described as a quadricycle – that offers a 60-mile range at a maximum speed of 50mph… and it’s made for 14-year olds. At least, that’s the case with a special version of the new car that will be available soon in several countries.

As Wired reports, a new law in France says that quadricycles are safe for youngsters, who only have to pass a road safety certificate test to ride the Twizy, assuming they can convince their parents to spend $7,600 on one.

DON’T MISS: This is the Windows 10 news you’ve been waiting to hear

The electric car is actually very popular in Europe, where Renault has sold some 15,000 units in five years. The popular model weighs 1,000 pounds and has two seats, enough for you and a friend. The car packs a 13-horsepower electric motor and has various car-grade features in place, including airbags and seat belts for safety, as well as headlights and turn signals.

However, the Twizy quadricycle that 14-year olds can drive will be a custom, scaled down version of the current model. Renault has to abide to local EU regulations that say quadricycles can’t exceed top speeds of 28mph, can’t have a battery pack bigger than 4kWh or an engine bigger than 50cc, and can’t have a curb weight that exceeds 770 pounds.

While the news might be great for France and other EU markets where Twizys are sold, it might be a while until Renault brings this versatile small car over to the U.S.