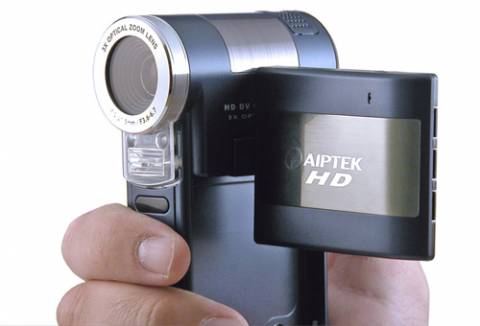 As an early adopter of HDTV (I bought my first HD-capable set in 2000 for stupid money), it’s great to see wide adaptation and acceptance of the technology. And finally, the costs have come down past “superhero” and into “mere mortal” level. Enter Aiptek’s 720p HD Video Recorder. It’s not the most feature packed HD cam out there, but it does have a 3X Optical Zoom, can store up to 4 hours of video on an 8GB SD card, and houses a built in 5 megapixel camera. This isn’t the type of camera you’ll see shooting feature films, but at $299, HD never looked so good.