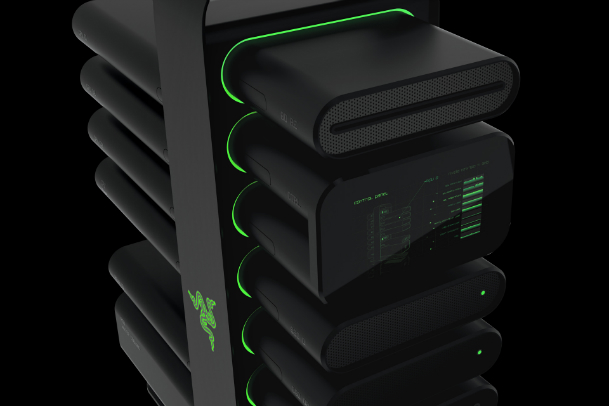 Dubbed “Project Christine,” the modular PC gaming rig built by Razer (via The Verge) and shown around at CES 2014 may just be the coolest gaming machine in town, especially when compared to the uninspiringly designed Steam Machines introduced earlier at the show by Valve’s partners. The object of Project Christine is to allow users to quickly and effortlessly upgrade their gaming machines without compromising on looks, in order to stay up to date with hardware advancements.

The company describes Project Christine as “the world’s most modular PC design,” on its website, adding that the gaming computer is so simply created, that average gamers that aren’t “hardcore enthusiasts” will be able to upgrade the components without having to figure out what each part does. Essentially, Project Christine is a rack-like PC that has multiple modules which can be plugged in, with the PCI-Express architecture doing the syncing between the components found in each module.

Project Christine is currently a concept, and it’s not clear whether the device will become a commercial project. Two years ago, Razer demoed a similar project, the Fiona, which became the Razer Edge tablet in the following year.