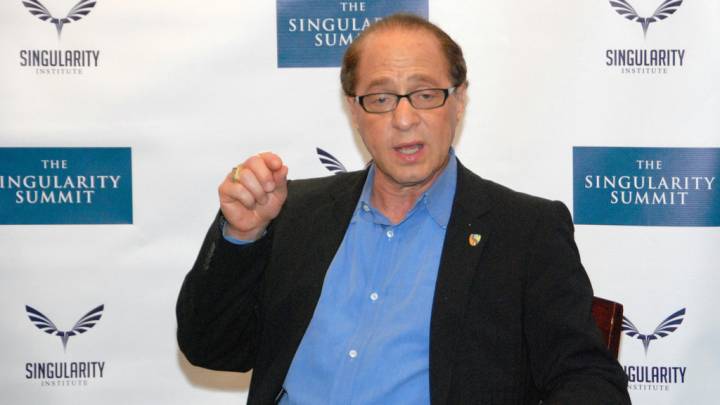 Google (GOOG) made a very important hire this past week when it decided to bring on famed futurist Ray Kurzweil as its new director of engineering. What makes the hire particularly intriguing is Kurzweil is equal parts brilliant and insane: He is a pioneer in fields such as speech recognition technology but he also thinks he will live forever after he uploads his consciousness onto a computer. After learning about the Kurzweil hire, I decided to take a peak back at my copy of The Singularity is Near, Kurzweil’s most famous futurist tome where he predicted that human beings would soon “transcend biology” and traverse the universe as immortal cyborgs. In no particular order, here are some of Kurzweil’s craziest predictions.

Kurzweil, who is now 64 years old, knows that there’s a chance that his flesh body (or as he calls it, “Body 1.0”) could die before he gets to upload his brain into a computer and fly around the world as a swarm of nanobots. To ensure that he lives long enough to see such technological marvels, Kurzweil says he takes “250 supplements (pills) a day” and receives “a half-dozen intravenous therapies each week (basically nutritional supplements delivered directly into my bloodstream, thereby bypassing my GI tract).” (page 211)

While that may sound excessive to you flesh-based humans, it’s also the price Kurzweil is willing to pay for a far-flung chance at immortality. So while you may scoff at Kurzweil’s projections right now, he may have the last laugh when you’re dying in a hospital and he’s whirring about as a software-based human in Body 2.0.[bgr-post-bug]