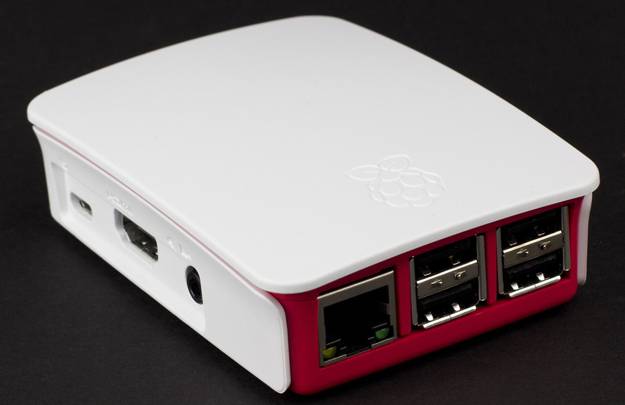 The Raspberry Pi continues to be a game-charger. The tiny device burst onto the scene in 2012 as an ultra-affordable PC-on-a-card that could be used by anyone to serve as the brains of all sorts of gadgets. No longer was the task of sourcing computer components and piecing them together a barrier to entry for entrepreneurs and engineers, freeing them to focus on building out the rest of their product ideas.

But the Raspberry Pi isn’t just for founders, of course. Anyone can buy one starting at $20, and now you can spend another $9 to turn your Pi into a full-fledged mini PC.

“Two and a half years ago, I found myself sitting in a car with Eben Upton about three days into my new job at Raspberry Pi,” Gordon Hollingworth wrote on the official Raspberry Pi blog. “We discussed – among other things – everything we wanted to do with the Raspberry Pi hardware and with the products around the Pi.”

He continued, “One of the things we discussed was an official Raspberry Pi case. We thought that it would be great to create something affordable, but with the kind of real beauty and design that our products try to encompass.”

That dream has now been realized, and an official Raspberry Pi case has been launched. The housing features a great raspberry-on-white color scheme, perfect positioning for all of the ports and plugs, and a ridiculously affordable price tag of just $8.59.

The case can be purchased online beginning immediately from MCM Electronics and other retailers.