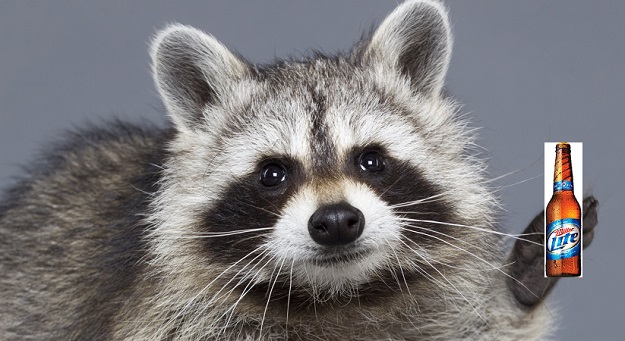 Raccoons get a bad rap. Sure, they have a tendency to rummage through garbage and campsites, scaring innocent bystanders in their path. And sure, they’ve been known to carry rabies from time to time. And yes, we all know that they, unlike many other animals, are not afraid of humans and won’t hesitate to engage and confront us.

But at the end of the day, raccoons are just like you and me. Sometimes they get hungry and are willing to eat whatever they happen to stumble across. And sometimes, well, sometimes they need to have a few drinks and let off a little bit of steam.

DON’T MISS: KFC is trying to kill you

Not too long ago, a raccoon searching for some food, or perhaps a good time, wandered into a beer warehouse and got to work. Which is to say, he got drunk and tried to stumble home after enjoying a few pints.

Meanwhile, in Florida, the raccoon’s more successful sibling was spotted having a good and sober time on the bayou.