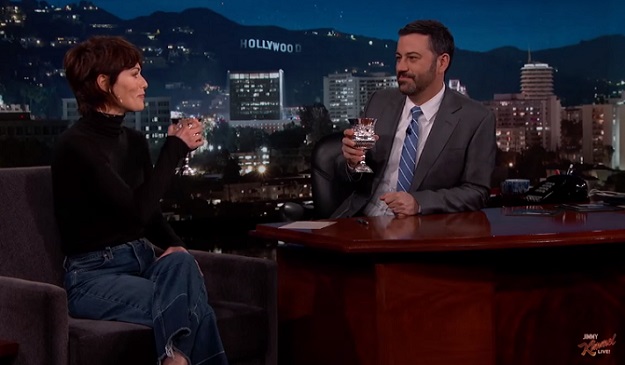 On Jimmy Kimmel Live last night, Lena Headey, who you might more readily know as Cersei Lannister from Game of Thrones, participated in a pretty funny bit where she read actual insults that were hurled from contestants on ABC’s The Bachelor. Though perhaps not as recognizable with a shorter haircut and black hair, Headey immediately brought Cersei to life and showed of her impressive acting chops once she picked up a goblet filled with “wine” and got deep into character.

Even better, the segment was punctuated with ominous music and appropriate mood lighting to really give it a Game of Thrones-y vibe. All in all, a pretty well-done bit that’s worth checking out.

As for other Game of Thrones news, Headey wasn’t the only actor from the show making the rounds on the media circuit. As we highlighted earlier today, Kit Harrington, who plays Jon Snow, recently sat down for an interview with Digital Spy where he was expectedly coy about whether or not Snow would appear in season six of the show.