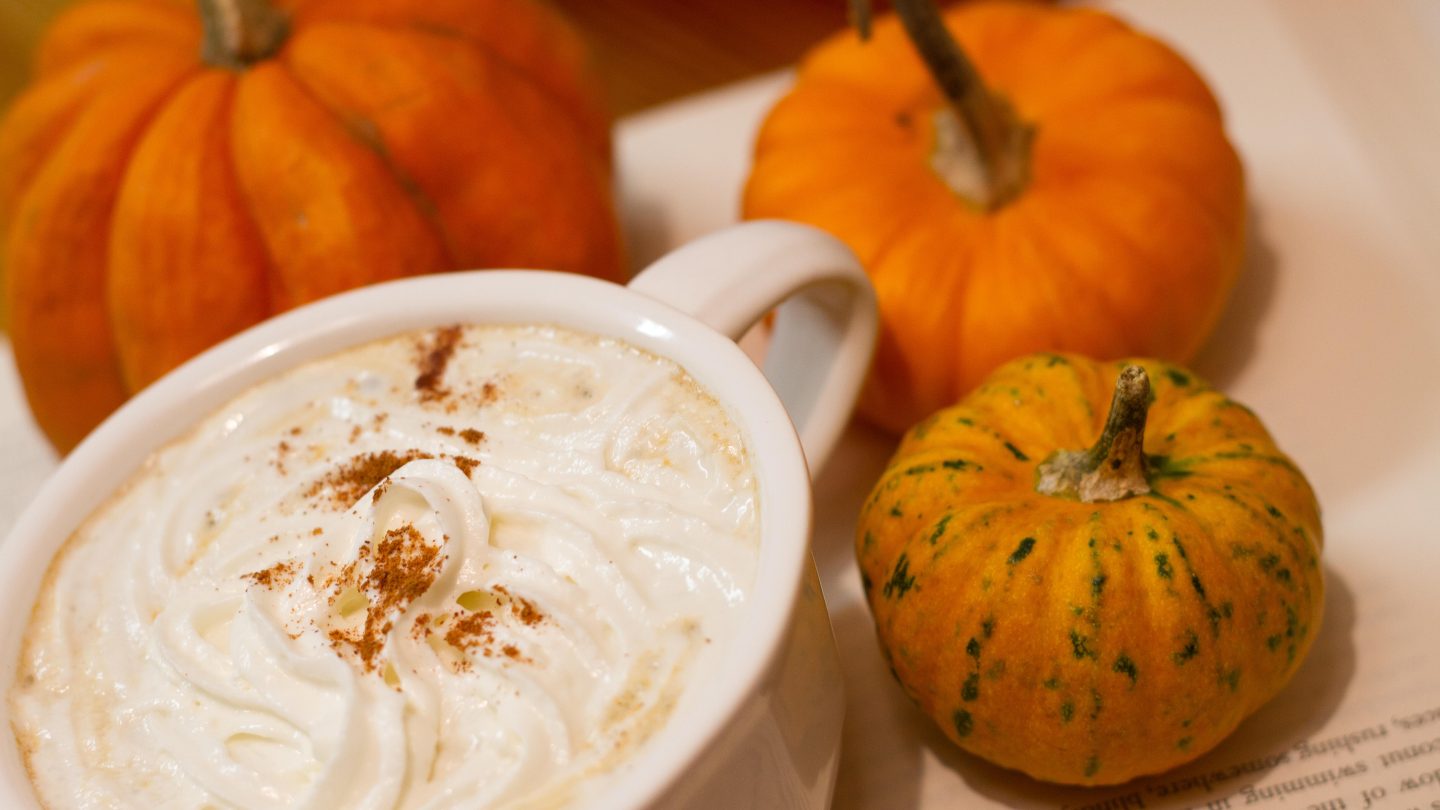 For better or (in our opinion) worse, the pumpkin spice latte has become a staple of the American diet every October. But while you’re sipping down your sugary beverage, you should know one thing about it: It likely doesn’t contain any actual pumpkin spice.

OK, so first of all, what is pumpkin spice? It’s a mixture of spices that people traditionally have used to bake pumpkin pies and it typically includes cinnamon, ginger, nutmeg, allspice and cloves. These aren’t exactly exotic ingredients — so why are you unlikely to find them in a pumpkin spice latte?

The answer, as this video by SciShow explains, is that pumpkin spice only tastes like pumpkin spice after it’s been baked into a pumpkin pie. Just tossed the spices in with ground coffee isn’t going to produce the same flavor that you enjoy when you’re eating pumpkin pie.

So the solution is to use chemicals in the coffee that replicate the traditional spice mixture used in pumpkin pie. Essentially, your pumpkin spice latte is tricking your taste buds into thinking you’re drinking coffee with actual pumpkin spice when you’re actually only eating compounds that have been designed to replicate those spices. This is why Starbucks says its pumpkin spice latte contains “flavor notes of pumpkin, cinnamon, nutmeg and clove” instead of just saying it has all those ingredients.

SciShow’s full video about the chemistry behind artificial flavoring in pumpkin spice lattes is really interesting and can be found below.