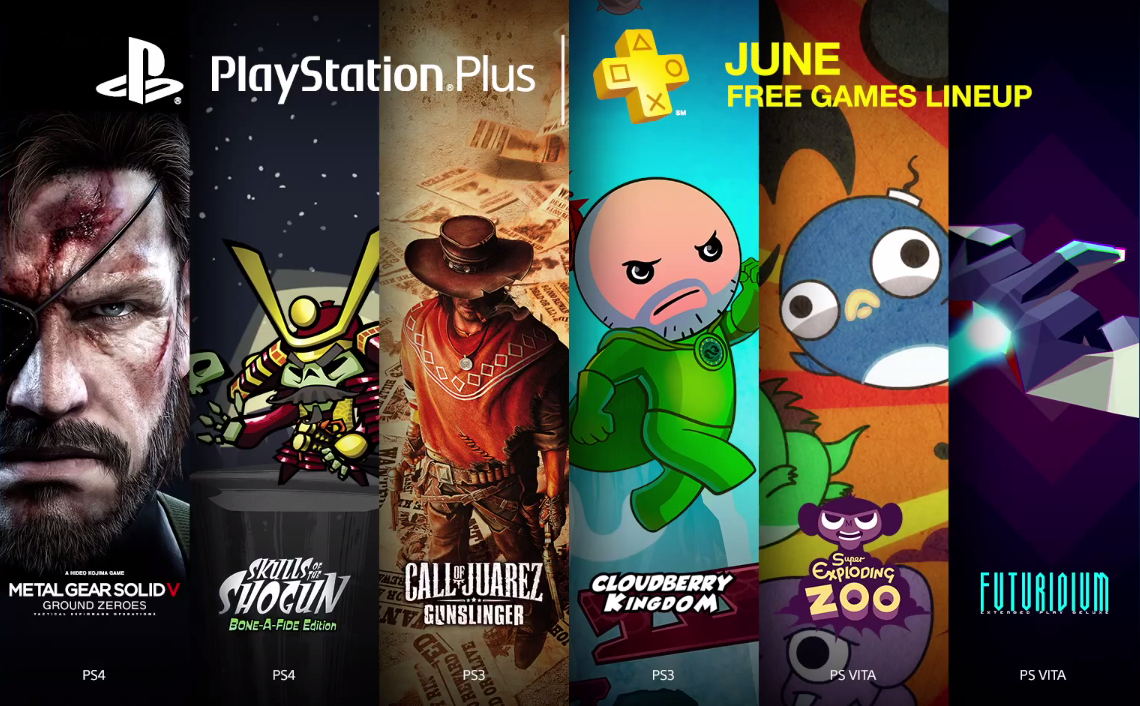 The most frightening thing about E3 is when it comes to an end and we all realize how much money we’re going to be spending over the next 12 months. That’s why this month’s free PS4, PS3 and PS Vita games are especially refreshing – we can load up on free games before we all go broke.

Sony revealed its free game lineup for June on Wednesday, and for those of you who are looking for more than just indie games (and I know there are more than a few of you), the list this month is one of the best of the year. As always, you’ll need to have an active PS Plus subscription to download the games for free:

A visually stunning chapter in a long-running, deeply complex series. This nail-biting mission onto a Cuban military base follows Snake as he attempts to rescue Paz from enemy imprisonment.

This turn-based strategy game turned a lot of undead heads with its story of a Samurai Afterlife. Build an army of the undead, battle your opponents, and regain your honor.

Players must defend all the precious animal eggs in the zoo from evil aliens who want to eat said eggs. How do you defend these tasty treats? With a herd of explosive animals, obviously.

A psychedelic, retro-inspired shooter with crazy action, puzzle elements, and a bumping electronic soundtrack. May or may not induce random dance parties.

This first-person shooter celebrates the wild west in a big, bloody way. Take down anyone unlucky enough to cross bounty hunter Silas Greaves.

The dev team behind this insane 2D platformer spent 2 years building an AI that could build a near-infinite number of levels for any difficulty. It looks totally bananacakes. Good luck with that!

All six of these games will be available to download from the PlayStation Store on Tuesday, June 2nd. Watch a video of the games in action below: