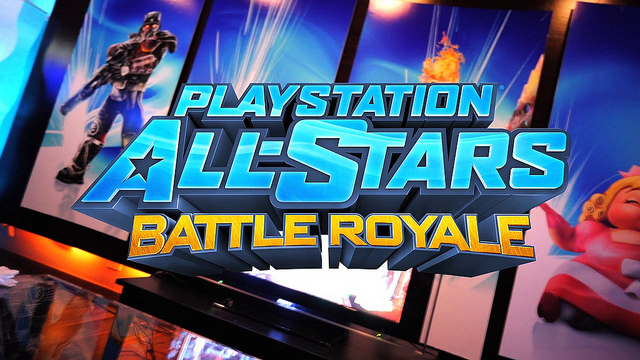 As the holiday season draws closer, the game release schedule is going to pick up to a pace that might not be safe for your wallet. Call of Duty, Halo, Battlefield, Dragon Age, Super Smash Bros. — that vacation you were planning may have to wait until next year. Thankfully, Sony is taking a little bit of the pressure off with its latest collection of free games for PS Plus members on the PS4, PS3 and PS Vita.

PS4 owners in search of manic 2D fun are in luck: Velocity 2X and Sportsfriends are free on PlayStation 4 this September. Velocity 2X is the brand new sequel to the well-received Velocity Ultra, a 2D shoot ’em up with a few unique mechanics. 2X will change things up by adding new platforming levels where the hero leaves her ship to take on the baddies face-to-face.

Sportsfriends is about as descriptive a title as any game on this list — you and a group of friends will compete in a series of minigames to see who is the best Sportsfriend. Although everything in this package is fantastic, Johann Sebastian Joust is definitely the main attraction. If you haven’t seen it in action…you really should.

On PS3, oldie-but-goodie Hoard will be free along with Sony’s attempt at a mascot brawler, PlayStation All-Stars Battle Royale. Hoard, originally released in 2010, is sort of like an inverted tower defense  game where you take control of a dragon, stealing gold and princesses from nearby castles. PlayStation All-Stars could have been the PS3’s Super Smash Bros., but sadly fell short of greatness. Still worth a look if you missed it the first time around.

As for the PS Vita, Sony is bringing Joe Danger to the portable console for the very first time, which I believe means that Joe Danger is now available on every console ever released. TxK, the bizarre, trippy arcade game will also be free at the beginning of next month. Check out the video below for a rundown of each and every game on the list.