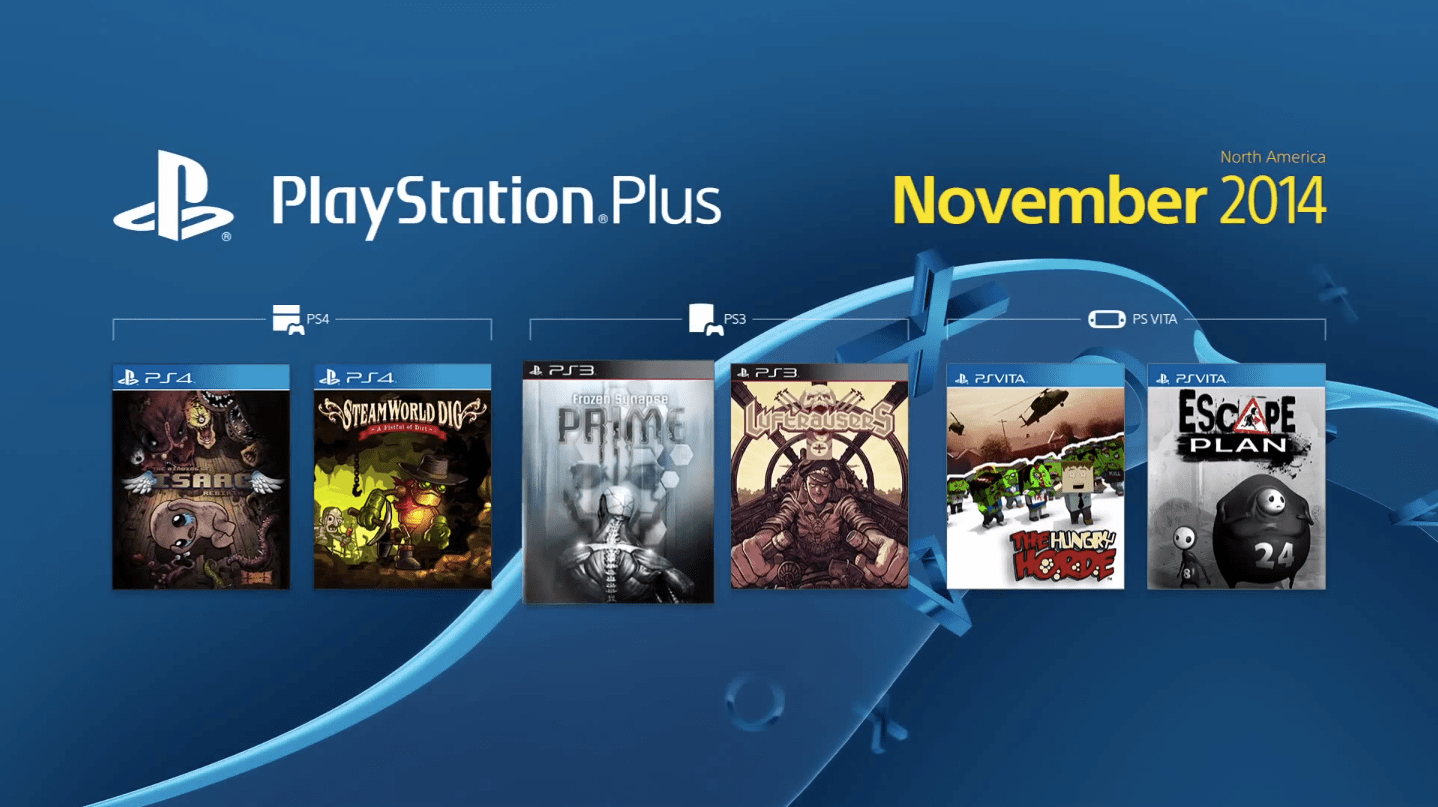 Every month, Sony announces a new slate of free games for PlayStation Plus subscribers. The announcement typically comes a few days before they’re made available on the PlayStation Store, but list for November leaked at least a few hours ahead of schedule when Sony accidentally published a video featuring all six games. Sony is sure to have an official post up soon, but until then, here is the Instant Game Collection for November.

Following last month’s critically successful indie game additions to the collection, Binding of Isaac: Rebirth and SteamWorld Dig will both be free on the PS4 in November. If you never got around to picking up Binding of Isaac when it launched three years ago, consider yourself lucky — you now have the opportunity to play the final, full version of the game without paying a cent.

SteamWorld Dig is also worth a few hundred megabytes of your PS4 hard drive. Originally released for the Nintendo 3DS, this digging adventure game is one of those obsessive compulsive experiences that you’ll sit down with for a few minutes and quickly realize that an hour has passed.

The PS3 collection is usually host to at least one major triple-A title from years past, but Sony is sticking with indie games all the way through next month. PS3 owners will receive Frozen Synapse Prime and Luftrausers, another remaster/recent classic combo.

Rounding out the list, the two indie games on PS Vita will be The Hungry Horde and Escape Plan. Escape Plan was one of the best received titles of the PS Vita’s launch, so be sure to give it a whirl next Tuesday.

That’s it for November. We’ll throw the official video in here when Sony makes its official announcement, but here is the video that leaked: