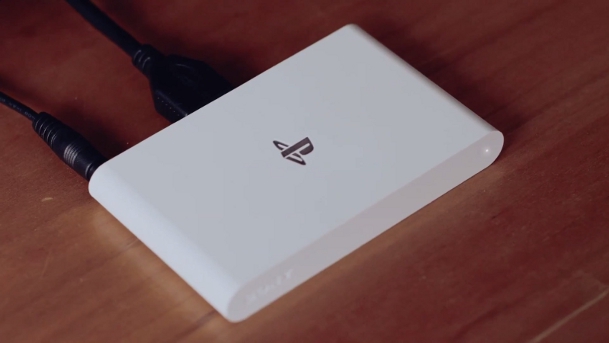 On Monday morning Sony held its pre-Tokyo Game Show press conference in Japan. Along with several relatively tame announcements, such as a slimmer Vita model and a belated PlayStation 4 release date for Japan — February 22nd, 2014 — Sony also gave us our first look at a brand new device: PlayStation Vita TV. Vita TV’s primary function is to allow gamers to play Vita games on their televisions. It has a slot for Vita cartridges and memory cards as well as HDMI and USB outputs. The miniature console will be compatible with up to two DualShock 3 controllers out of the box and will have access to streaming service such as Hulu, but future updates will give Vita TV DualShock 4 connectivity along with PS4 remote play. PS Vita TV will ship in Japan on November 14th for 9,954 yen ($100). Check out the new device in action in two videos below.