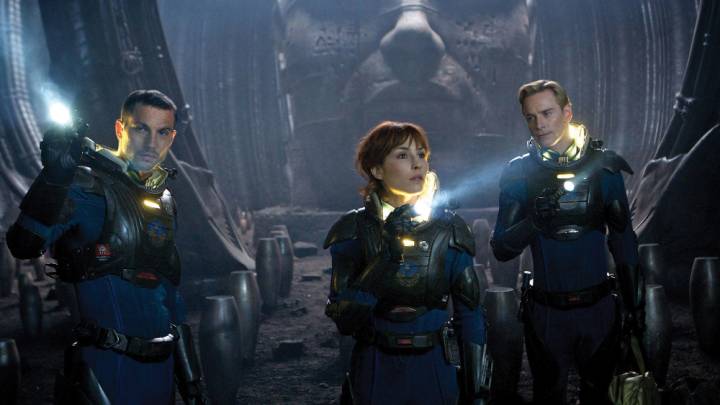 The Martian looks like one of the most exciting movies of the year though it may face some tough competition at the box office this fall. Directed by Ridley Scott, a versed sci-fi movie maker, the film tells the story of an astronaut who gets stranded on Mars and has to find ways to survive in hope of a less-than-likely rescue mission, then somehow contact Earth to let everyone know that he’s actually alive.

A series of trailers that make the story look like a real NASA endeavor might have you all excited about the movie that’s set to hit theaters in October. However, fans of the Alien franchise should be even more excited to hear that Scott confirmed he’s working on Prometheus 2, the second episode in the prequel adventures of the Alien universe.

“I was already on to my next movie!” Scott told Empire while talking about The Martian’s bumped up release date. “I was starting to look for locations for my next movie, which is Prometheus 2.”

Scott did not say anything else about Prometheus 2, but the director certainly knows how to make space movies, especially Alien-related ones. Talking about the nature of his role in The Martian, Matt Damon praised Scott for his “performance” of turning the story into an exciting adventure even if it’s largely told by the stranded astronaut who spends most of his time alone on the red planet.

“It’s an illusion that I’m carrying the movie,” Damon told Empire. “It’s actually all down to Ridley, it really is. I’ll get a lot of the credit for what he did because he’s got to keep the audience with just one actor up there, he’s got to keep you involved and keep the story going. It really was the reason I wanted to do it.”

“We discussed, quite in depth, the fact that the story would have to be told, to a large extent, with a lot of voice-over, and that’s a challenge for Matt, because voice-over can easily become elongated and boring, but I think in this he’s succeeded brilliantly by incorporating humor,” Scott said. “The GoPro cameras became his only companion. The GoPro would be everywhere in that habitat, to act as a sort of black box, recording everything if something goes wrong.”

You can read Empire‘s entire story on The Martian to learn more details about Scott’s 2015 space movie at the source link below.