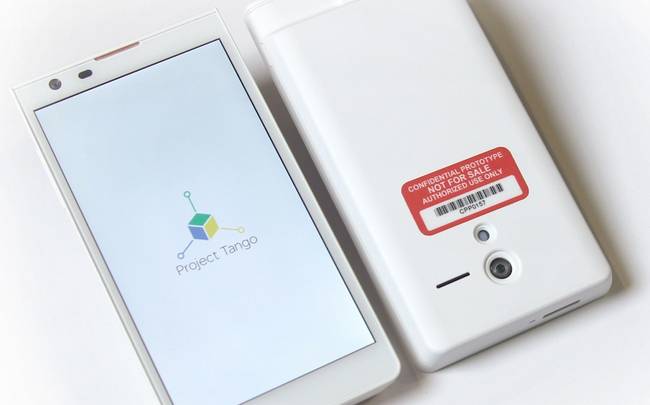 Google recently showed off new prototype tablet and smartphone hardware that was part of an intriguing endeavor dubbed “Project Tango.” Google’s Advanced Technology and Projects team has been working on the project for more than a year now, and it is focused on creating smartphones and tablets with a complex series of sensors that are capable of using a camera to quickly scan and build a 3D map of the interior of any room. One obvious use case is to create an indoor version of Google Maps Street View, but a third-party developer has put together what may be one of the most incredible mobile apps we have ever seen, and it shows us how useful Tango can be.

As first noted by VentureBeat, Austin, Texas-based startup Smart Picture has created a terrific app that utilizes Project Tango hardware not for indoor mapping, but instead as a tool.

With the app, which was shown off during a session at last week’s Google I/O 2014 conference, a Tango device can scan a room and then use the imagery and data collected to measure any and all of its contents. The dimensions of the room itself and everything contained within it can be quickly and easily ascertained, and the potential for such a tool is obviously tremendous.

“Our measurements are within 5 millimeters of complete accuracy,” Smart Picture’s marketing boss Scott Bamford told VentureBeat. “The goal is to eventually be accurate within 2 millimeters.”

A video showcasing the app’s impressive functionality follows below.