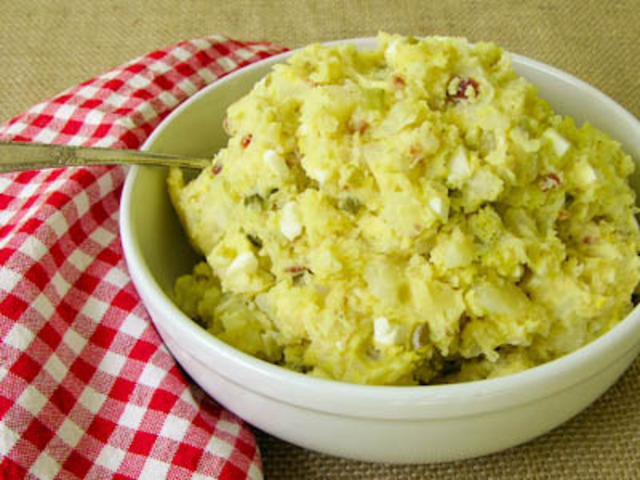 When we first brought you word about the amazing Potato Salad Kickstarter project last week, it had only raised $300. Less than a week later, we see that Potato Salad has now raised a mind-melting $36,000 — and it still has 25 more days to go. Unsurprisingly, the freakish success of Potato Salad has led to a slew of knockoff projects that are looking to capitalize on the success of what might be the most profitable Internet joke in world history.

Kickstopper has documented several new projects that arose in Potato Salad’s wake that similarly ask people to send along money just so they can cook a particular type of food. Among other things, Kickstopper has found projects for Bacon, A Hard Boiled Egg, Egg Salad, Coleslaw, Chicken Soup and Cheese on Toast (we aren’t linking to any of these projects because, frankly, we don’t want to encourage any more of them).

While you may think it’s depressing that so much effort and money is going toward support such blatantly stupid Kickstarter projects, look on the bright side: Potato Salad is actually far more useful than either Flappy Bird or Yo. Perhaps stupid stuff that gets popular on the Internet for a couple of weeks is going through a renaissance of sorts?