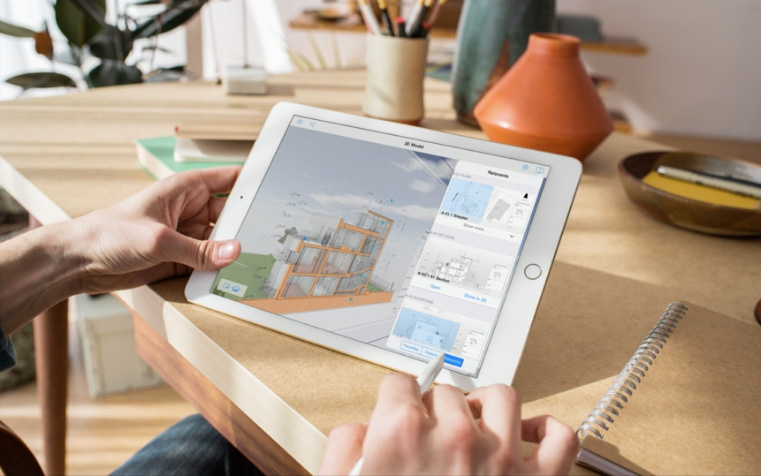 When the iPad burst onto the scene in 2010, the tech world had never seen anything like it. Sales immediately exploded as the device became one of the fastest selling consumer electronics products in history.

As a direct result, and in part fueled by bold proclamations from Apple CEO Tim Cook, many people began championing the notion that the post-PC era was upon us. Not to single out Cook, even Steve Jobs believed that tablets were going to one day eclipse PCs as the future of computing. Much like the iPhone transformed the mobile phone landscape, it was widely assumed that the iPad would eventually turn the entire PC industry on its head.

Next week will mark the sixth anniversary of the original iPad and it’s abundantly clear, I think, that the iPad currently does not, and will not ever, represent the future of computing. Sales wise, the iPad has been slumping for years. In fact, the last quarter where Apple enjoyed a year over year increase in iPad sales was during the December quarter of 2013. During Apple’s last quarter alone, iPad sales dropped by 25% while revenue from the iPad dropped by 20%.

And yet, the notion that the iPad and tablets in general represent the future of computing curiously persists.

This past summer, Cook defended the future of the iPad.

“I am still bullish on iPad,” Cook said, “and I think the iPad upgrade cycle will eventually occur. We’re 6X greater in usage than our nearest closest rival. It’s a fantastic product. I see a lot of runway.”

In September, after unveiling the iPad Pro, Tim Cook said that Apple’s gargantuan 12.9-inch tablet represented “the clearest expression of our vision of the future of personal computing.”

With the release of the original iPad Pro, Christopher Mims of The Wall Street Journal, in a post titled “Why Tablets Are the Future of Computing”, said:

As for those of us who are already connected, if we don’t accept this vision of computing, I’m confident the next generation—those young children using their iPads—will.

Talk about a hedge! If the iPad isn’t yet the future of computing, it will be a full generation from now.

The reality is that when a truly revolutionary device or service comes along, its impact is felt far more immediately. The iPhone revolution didn’t take a generation to take foot; it so obviously represented the future of mobile computing that it changed the game for everyone, adults and kids alike.

And speaking of kids, Ben Bajarin of Creative Strategies sent out the following tweet over the weekend.

Walked by an Apple Store and all the kids are at the iPad tables while the tables with Macs at them have no visitors. Pretty clear future.

To be fair, I think Bajarin is a sharp guy who is usually on the ball. But in this case I think he’s off the mark. And as a quick aside, I’d venture to say that kids likely gravitate towards the iPad tables because they’re pre-loaded with games and other eye-catching apps.

Today, there’s no strong evidence to suggest that tablet computing, and the iPad in particular, will eclipse and envelop normal PC usage. In fact, I’d go so far as to say that most arguments championing the post-PC era are fueled solely by momentum. People think the tablet represents the future of computing only because it’s a line of reasoning that was generally accepted as fact for years.

We’ve been spoon-fed this idea for so long that many people simply believe it to be a matter of when.

Industry data, however, doesn’t bear this out.

Again, not only are iPad sales on the decline, but the entire tablet market is shrinking.

Is it any wonder that advanced tablets today are slowly but surely morphing into what the laptop already is. Efforts to make the tablet form factor more acceptable typically center on transforming it into some sort of hybrid laptop.

All this said, the iPad is a fine device. It’s used by hundreds of millions of users and it’s not like its sales figures, though they may be slumping, are anything to scoff at. But a legit PC replacement, on a massive scale, it is not.

It’s also important to remember that the iPad doesn’t need to eclipse the PC in order to be a success. Not every device can be as revolutionary and game-changing as the iPhone. And while it was largely assumed that the iPad would follow closely in the footsteps of the iPhone, it hasn’t been able to come close in six years. What’s the evidence to suggest that the next few years will be any different?

I would contend that the iPad, as the marketplace seems to suggest, is more of an extension of computing as opposed to its future. In other words, the iPad as a device isn’t going anywhere, but at the same time, neither is the PC.

For years, there has been a contentious debate focused on iPad or PC? Over the past 6 years, the market has spoken; and the answer is apparently “both.”