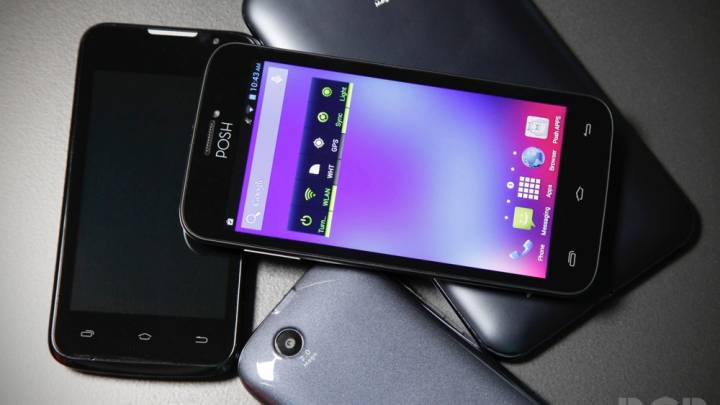 Top telecom companies make a killing in the United States. AT&T and Verizon combined to pull in more than $64 billion in revenue during the most recent quarter alone, yielding about $13.3 billion in combined operating income. Wireless represents the biggest business for each of the nation’s top carriers, and high-margin smartphone sales play an important role in maintaining growth.

If smartphone sales start to move away from carriers, they stand to lose a huge amount of money in the long run. This could be one of several reasons we now see carriers actively promoting new smartphone purchasing options. But what happens if handset companies start successfully selling their own devices directly to consumers at ridiculously affordable prices?

One fresh new company intends to find out, and it could end up being your carrier’s worst nightmare.

Posh Mobile launched earlier this year with the goal of selling “one of a kind unlocked mobile phones with an elegant design at an affordable price.” The company’s mission is ambitious indeed, especially considering the massive multi-billion dollar giants it will have to battle if it hopes to find success.

Ambitious though its plan may be, Posh Mobile has thus far equipped itself with quite an arsenal. In fact, consumers can purchase one of several unlocked, off-contract smartphones from Posh for less than they would pay up front for an on-contract smartphone from a carrier. Several vendors have tried similar direct sales strategies in the past and have failed miserably (hi Nokia), but sky-high prices prevented even the slightest possibility of any traction.

Is your interest piqued yet?

Mine certainly was, so when Posh Mobile offered to send me a few of its handsets to check out, I happily accepted.

Posh recently shipped me four of its smartphones to test. The handsets range in price from just $69.99 for the Pegasus, a budget 2G smartphone with a low-resolution 3.5-inch display, to $169.99 for the Memo, a 5.8-inch phablet. Positioned between those phones are the $84.99 Pegasus 3G, the Pegasus’ slightly more capable counterpart, and the $139.99 Orion Pro, which features a quad-core processor and 5-inch screen.

None of these phones will blow smartphone fans away, but these surprisingly slick handsets aren’t aimed at hardcore gadget lovers. The prices listed above are off-contract prices — the cheapest phones around still often cost more than $199.99 off contract from carriers, and the handsets pushed most actively by carriers cost $500, $600 or even more without a service agreement.

Now, make no mistake, pricey phones from more popular brands like Nokia, HTC, LG, Samsung and Apple are better smartphones than those sold by Posh. Much better. But a huge portion of smartphone users out there would have their needs met quite well by one of Posh’s cheaper options.

Here’s a quick rundown of what we’re looking at with each of the four models I tested, which all run stock-ish versions of Android with the Google Play app store on board:

Pegasus: With the Pegasus, you’re looking at a dirt-cheap entry-level smartphone with bare bones functionality. It runs a painfully old version of Android — Android 2.3.5 Gingerbread — and it is powered by a 1GHz single-core chipset.

The Pegasus doesn’t even have a full gigabyte of storage, nor does it pack a radio that can move data over 3G, 4G HSPA or 4G LTE networks.

This is a great first smartphone for your grandfather.

Pegasus 3G: The Pegasus 3G is actually a pretty significant upgrade from the 2G model. The processor jumps from a single-core to a dual-core unit, the display size increases from 3.5 inches to 4 inches, 3G network compatibility is tossed in and it runs Android 4.2.2 Jelly Bean instead of Cupcake.

This is a nice second smartphone for your grandmother.

There is still no LTE on board and the big display is relatively low-resolution at 540 x 960 pixels, but at $139.99 there is plenty of bang for your buck.

This phone could definitely be enjoyed by either of your parents.

Memo: The Memo is Posh’s phablet. The display resolution is only 480 x 800 pixels, but it’s nice and big at 5.8 inches diagonally so objects are large and visible. The handset packs the same 5-megapixel camera, dual SIM support, 4GB of storage and microSDHC support as the Orion Pro, but the processor and available RAM have been downgraded.

Either one of your parents might be perfectly happy with this phone as well.

Instead, Posh is looking to catch the collective eye of millions of American consumers who want basic smartphone features at a rock bottom price. That’s exactly what Posh delivers, and it delivers on this promise in relative style.

Of note, Posh does have plans to tackle consumers in search of a higher-end handset, with devices like the octa-core Titan HD set to debut in the near future.

Posh Mobile’s current and future smartphone lineup can be further explored on the company’s website, and the promo code BGRPOSH5 will save you $5 on any order from Posh’s Amazon page.