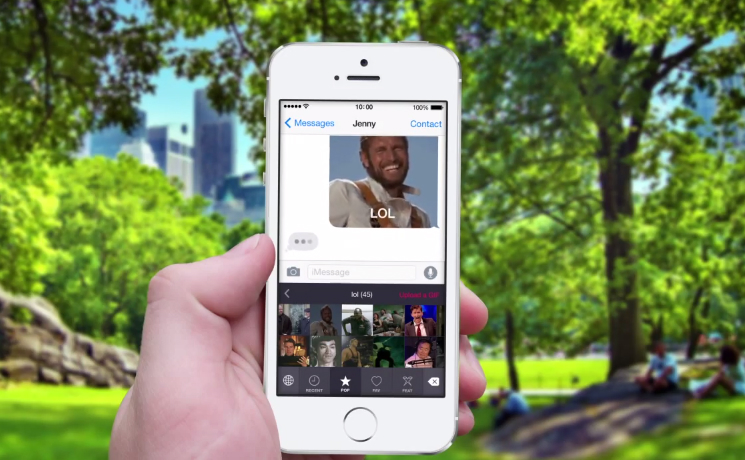 Starting with iOS 8, users will finally be allowed to install custom keyboard apps and replace the default iOS 8 keyboard Apple is offering. Amid the plethora of Android keyboard apps that are anxious to make the jump to iOS, including some very popular apps ready to launch in the App Store, you’ll find PopKey, an app that will help your friends flood your messages with GIF files.

FROM EARLIER: Awesome Android keyboard coming to iOS 8 to make your iPhone 6 seem even bigger

“The world’s first animated GIF keyboard,” will be launching soon according to the company’s website, offering users quick access to a curated list of “thousands of awesome GIFs,” although they will also be able to upload their own GIF files to personalize their keyboard experience.

It’s not clear when this potentially annoying keyboard will launch, but you can bet some of your friends will be more than happy to get it as soon as it’s available after the official iOS 8 rollout.

The company did not say how much the app will cost on iOS, or whether an Android version is also in the making.

A video showing PopKey in action follows below.