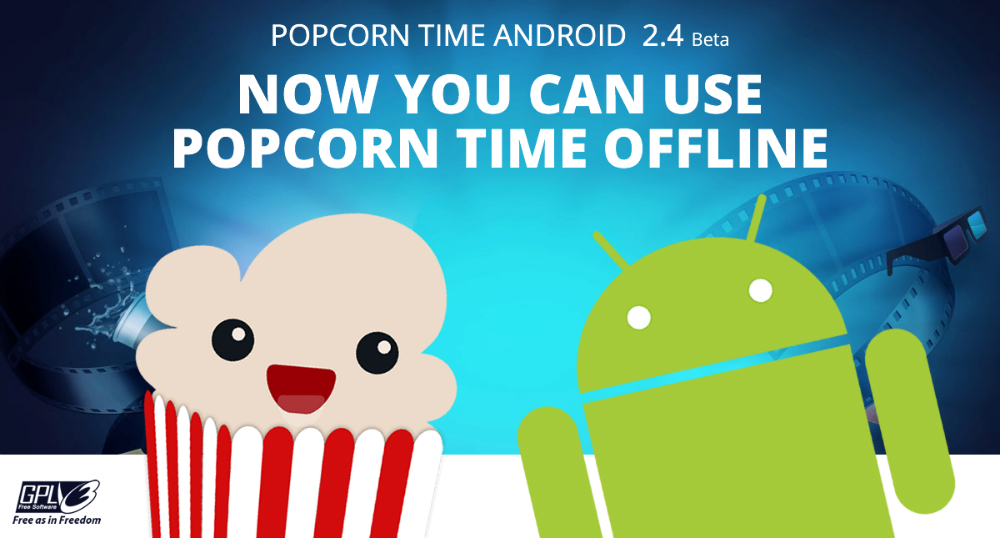 The developers behind Popcorn Time have come up with a new version for Android devices, available in beta starting today, and its main new feature is offline playback support. In other words, users who like streaming videos through “Netflix for Pirates” will be able to do so even when there’s no Internet connection available.

FROM EARLIER: The ‘Netflix for Pirates’ explains why it will never be taken offline again

“You can watch movies when you’re offline,” the Popcorn Time team said in a blog post. “On a plane, in the subway, when visiting the moon…. Wherever. How? From now on you can download whatever you want to watch ahead of time and then watch it even if there’s no Internet!”

The same feature will also be available on the desktop version of Popcorn Time in a future release.

A future release of the Android app version will also include “a new savvy” user interface.

While Popcorn Time offers free streaming for current and past movies and TV shows, and is available on a variety of platforms including Windows, Mac, Android and iOS, users should know the program relies on file sharing and background downloads, which may be illegal in many countries, so make sure you understand how Popcorn Time works before actually using it.

That said, more details about this latest Popcorn Time Android app version and download information are available at the source links.