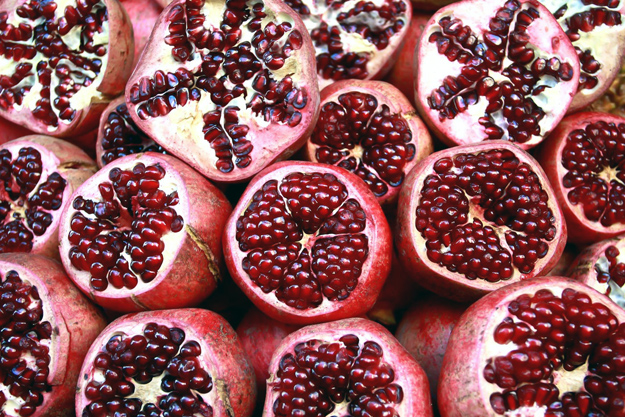 Believe it or not, one tiny fruit could change consumer technology forever — and no, fanboys, we’re not talking about Apple. It turns out that the pomegranate, which is quite trendy right now for everything from flavoring drinks to scenting shampoos and candles, is also the inspiration for new lithium-ion battery technology that may feature dramatically improved battery performance and longevity.

Stanford University and the Department of Energy’s SLAC National Accelerator Laboratory are developing new lithium-ion battery technology that could potentially have a huge impact on consumer devices, including smartphones and tablets, by equipping them with power cells that store more energy and do not degrade as quickly.

“While a couple of challenges remain, this design brings us closer to using silicon anodes in smaller, lighter and more powerful batteries for products like cell phones, tablets and electric cars,” Stanford and SLAC associate professor Yi Cui said, according to Phys.org. “Experiments showed our pomegranate-inspired anode operates at 97 percent capacity even after 1,000 cycles of charging and discharging, which puts it well within the desired range for commercial operation.”

The development could be huge for a many different types of portable tech, considering the pain point that battery life is currently for all devices.

According to the report, the new pomegranate-inspired structure allows lithium-ion batteries to utilize silicon anodes in place of graphite anodes, which are used in today’s batteries. Silicon anodes are capable of storing 10 times more energy than comparable graphite modules, but they are also brittle and unstable.

By using a new structure modeled after a pomegranate coupled with a “yolk shell” design that allows the anode to expand and contract inside a protective casing, Cui’s team may have tackled the biggest road blocks preventing silicon anodes from becoming a reality.

Cui says his team still has more work to do before the new lithium-ion technology is ready for consumer devices, but he’s confident that they will get there soon. “To me it’s very exciting to see how much progress we’ve made in the last seven or eight years and how we have solved the problems one by one,” he said.