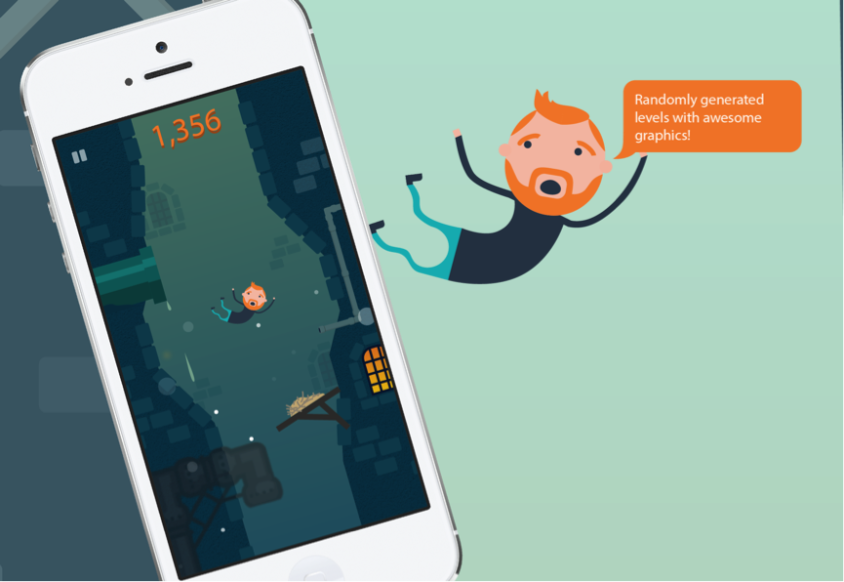 Comedy is tragedy plus time — at least, that appears to be the case with Mark Major’s first iPhone game, Plummet. Eight years ago, Major was walking through the streets of Beijing when, without any warning, he fell into a 30-foot-deep construction shaft, hitting his head on the wall on the way down and knocking himself out.

FROM EARLIER: Apple smashes its App Store sales record, sells almost $500 million worth of apps in just a week

He woke up with a sore head, a tight chest and a fractured spine. The remains of a shattered plank pay beneath him, which he later realized might have been the reason he was injured rather than dead. Crashing through that plank had slowed his fall. An hour later, firemen finally arrived to lift him from the chasm.

Seven years later, Major had been let go from his job. He was trying to decide what to do when he happened upon the story of Chad Mureta, a man who had lived through a horrific car wreck and then turned to app development. Major was inspired by the story and decided to turn his own accident into something that he could share with others.

Despite lacking any real talent for programming or art, Major found people who could help him design the app. After a lot of testing, Plummet Free Fall came into existence and is now available on the App Store for free. In Plummet, you guide a cartoon version of Mark Major down a randomly generated construction shaft, trying to avoid obstacles along the way.

This is the first product from Major’s new company, Broken Back Games, but we hope it won’t be the last.