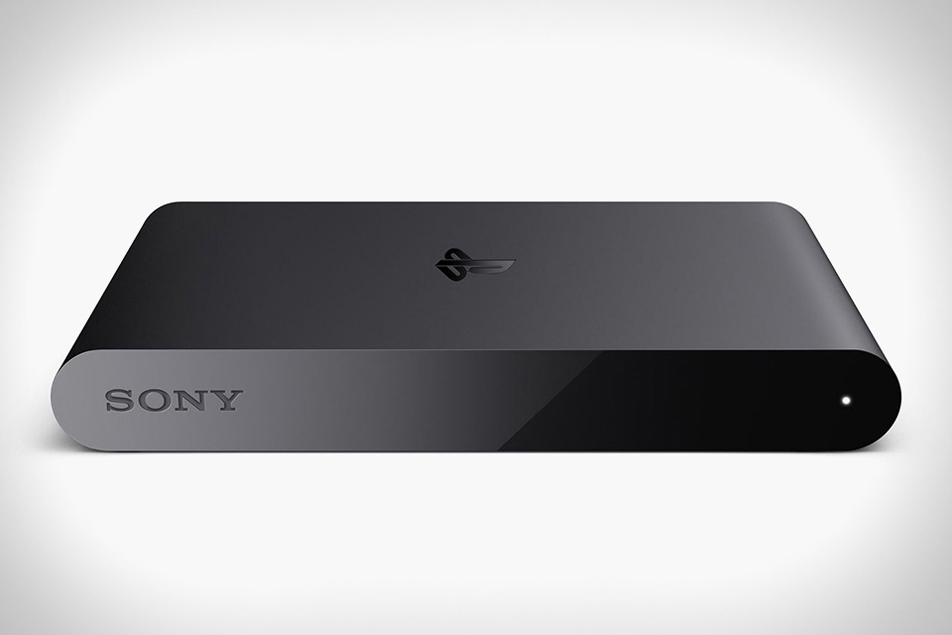 At first blush, Sony’s new PlayStation TV doesn’t make much sense. It’s a standalone console, but it has been built on the back of an existing platform. It uses a controller, but not the most recent one. It connects to your TV, but it doesn’t have any internal storage. The PlayStation TV is at odds with itself. After spending a few hours with it at home, I still haven’t found a compelling reason to use it over any of my other PlayStation branded devices. Given time, PS TV could be a major competitor in the set-top box market, but right now, it’s the cheapest console available for one very good reason — it just doesn’t work that well.

After plugging in the PS TV, connecting to my WiFi network and setting up my PlayStation Network account, I was ready to see why Sony decided to release another console less than a year after the launch of the PS4. As it turns out, the PS TV isn’t a new console; it’s a PS Vita. Originally saddled with the name PlayStation Vita TV, PS TV brings all the functionality of Sony’s portable console to the television screen.

Unfortunately, there was little effort put into the transition. The setup procedure is identical to that of the Vita, from the oversized menus to the keyboard that was clearly designed for a touchscreen display. The PS3 and PS4 both have perfectly functional keyboards designed to work with the DualShock controller, but that keyboard is not present on the PS TV.

My initial impressions were not overwhelmingly positive, to say the least.

Once I reached the home screen (again, identical to the Vita), I began to see the merits of the set-top console (as it were). Forgiving the poor implementation, the home screen and menus didn’t lose nearly as much in translation as I thought they might. With a few minor tweaks, the Vita interface could be even more inviting to the casual user than the PS4 UI.

Sony has been touting the fact that the PS TV can play hundreds of games right out of the box, which is an impressive feat for a “new” console, but I had mixed results with the three games I tested over the past week. I started with Borderlands 2, of which I own a physical copy that I slid into the PS TV’s Vita card slot.

After installing the game, I had to download a hefty update in order for the game to function on the PS TV. This is going to be par for the course for most every Vita game released before the PS TV launched, which is understandable considering the fact that they are running on new hardware. But it can be a little irksome when the system interface and the games themselves look identical on the Vita and the PS TV.

Borderlands 2 ran about as well as it did on the Vita — in other words, nowhere near as smoothly as it did on home consoles or PC. I noticed some slowdown and the DualShock 3 wasn’t quite as responsive as I would have hoped. On the other hand, Killzone Mercenary, another first-person shooter, played exceptionally well on PS TV.

I also gave The Lego Movie Videogame a try. It’s the game that comes packed in with the $139.99 bundle and it seems to have made a pretty smooth transition from the Vita.

I’ll willingly admit that I couldn’t begin to fathom the technical limitations of building the PS TV to be fully backwards compatible with a portable console that features two touchscreen and less buttons than a DualShock controller, but based on my limited time with the new hardware, I’m hesitantly optimistic. It’s a shame that the list of compatible games mysteriously shrunk after the console was announced for the U.S., but there’s no denying that the PS TV has a huge library out of the box.

Before we move on to the unmitigated disaster, let’s talk PS3 and PS4. Through the magic of PlayStation Now, PS TV owners will have access to a wide variety of PS3 games to rent and stream from Sony’s servers. I tried out Dirt 3, and even on my subpar connection I was able to complete a few events. If Sony can figure out a more reasonable pricing structure for PlayStation Now, PS TV will be the best way to bring your PS3 library with you anywhere you go. There’s so much potential in this aspect of the console, but not until Sony figures out PS Now.

The PS TV is also capable of playing PS4 games through PS4 Remote Play by opening the PS4 Link app on the dashboard. Unlike PlayStation Now, there are no reservations with Remote Play — although you have to depend solely on WiFi connections when linking to a PS4 from your Vita, you have the option to hardwire your PS TV into a router, making for a much smoother experience. Plus, you can play on a TV screen with a DualShock controller.

Here’s where I walked away scratching my head: there are so few functional media apps on PS TV at launch that it cannot be considered a set-top box. I’m not sure if it’s meant to be a set-top box, but it certainly has the dimensions of one and it connects to my television. As of this review, Netflix doesn’t work on PS TV. Neither does Hulu Plus or even YouTube. Netflix even told Gizmodo it has “no current support plans for […] PS TV.”

In the place of these popular, necessary streaming apps, the PS TV instead has Crackle, Crunchyroll and Qello. Those are perfectly acceptable additions to a media app lineup, but shouldn’t be the featured players. It’s baffling and disappointing that Sony wasn’t able to at least have Netflix ready for launch.

The PS TV is a mixed bag. Anyone who has invested in the current generation of the PlayStation ecosystem is going to find a lot to love about this promising device, but its issues are too numerous to ignore. Thankfully, most of them can be rectified with software updates, but given the current pace of PS4 software updates, I’m not holding my breath.

The PlayStation TV is available now as a standalone console for $99.99 or in a bundle with an 8GB memory card, The Lego Movie Videogame and a DualShock 3 controller for $139.99.

[Edited out incorrect information regarding PS4 Remote Play. You must be on the same network to connect, whether you go wired or wireless.]