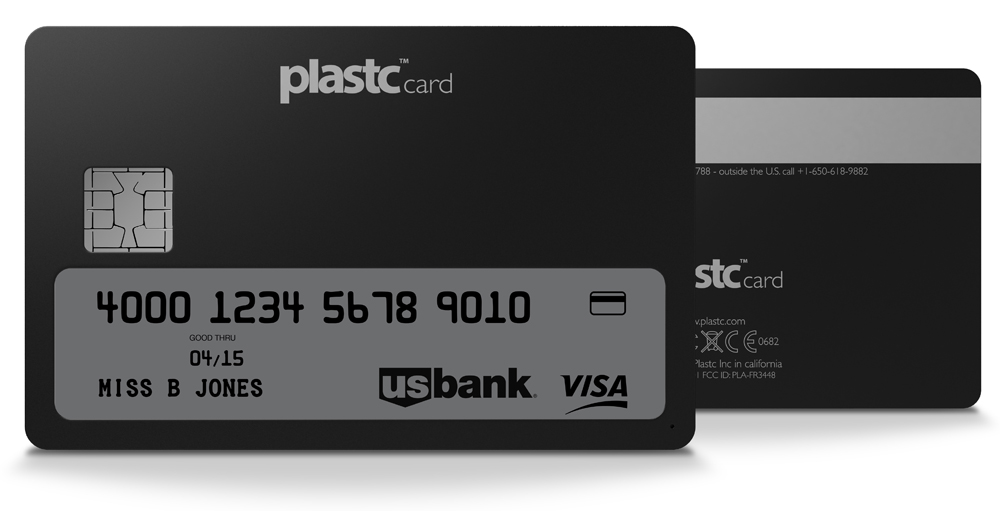 Apple Pay is encouraging people to leave their credit cards in their wallets and pay for goods in stores using an iPhone 6 or iPhone 6 Plus now, or an Apple Watch in the future. According to Tim Cook’s recent comments, more than 1 million cards have already been activated on Apple Pay in the first three days. On the other hand, the MCX group of retailers that includes big brands such as Walmart, Best Buy, Gap, CVS, and others, are working on a different wireless payments solution that doesn’t even need credit cards or NFC, and thus is not supporting Apple Pay. Regardless whether you like Apple Pay, or any other alternative, it’s clear that credit cards won’t go away anytime soon, and credit card killer Plastc has just proved that.

FROM EARLIER: Plastc replaces your entire wallet with one incredible card

The company on Tuesday announced it raised $5.2 million in Plastc Card’s first week of preorders — given that card retails at $155, this means the company has sold well over 33,000 units already. The smart Plastc Card will be released at some point next summer, when buyers will be able to use it to hold all their credit cards in one place and make payments everywhere regular credit cards are accepted.

The Plastc Card saw huge interest in many countries, the company says, including the U.S., Canada, United Kingdom, Australia and Malaysia, suggesting that people are very much interested in smart payment solutions, even if that doesn’t necessarily mean using a smartphone for buying stuff in stores.

“The growing worldwide demand for Plastc Card illustrates the real need people have to bridge the physical and digital wallet,” Plastc co-founder and COO Ryan Marquis said. “Our intuition was correct, based on our customers’ feedback and the preorders we have received so far.“

A closer look at how Plastic works and what it has to offer is available at this link, with Plastc’s full press release following below.

PALO ALTO, CALIF. ­ October 28, 2014 ­ Plastc creator of the Plastc Card, the most intelligently-designed, secure digital card ever invented, announced today the success of its preorder campaign. In the first week of launch, Plastc sold over $5.2 million dollars of Plastc Cards to people worldwide looking for a simple and elegant way to store their many credit & debit cards, loyalty and gift cards, access cards and more in a single, minimalist card. The Plastc Card retails for USD $155 and is available for pre-order on http://www.plastc.com. Plastc will ship its first Plastc Cards in Summer 2015.

“The growing worldwide demand for Plastc Card illustrates the real need people have to bridge the physical and digital wallet,” said Ryan Marquis, chief operating officer and co-founder of Plastc. “Our intuition was correct, based on our customers’ feedback and the preorders we have received so far.“

In addition to huge pre-orders from the U.S., the company also witnessed strong preorder sales in top international markets, including Canada, the United Kingdom, Australia and Malaysia. Plastc Card’s robust technology features include:

• Plastc Card comes with an E-Ink ink Touchscreen, a proprietary wafer thin digital display using the technology that shows your name, credit card, barcodes and much more.
• The Rewritable magnetic strip enables the behavior of the card to change depending on which card you select.
• Plastc Card will ship with Chip and PIN hardware which means that it will work globally after a Plastc firmware update in late 2015.
• Rewriteable NFC/RFID technology that lets Plastc Card mimic any RFID access cards.
• Low energy Bluetooth (BLE) is included within Plastc Card for connecting with the accompanying Wallet app.
• If your Card is left behind or away from your phone for a predetermined amount of time, Plastc Card will remote wipe your data to prevent fraudulent activity.
• Return Me Mode helps your card find its way back to you by displaying a message on the e-ink screen when it’s lost.
• Built in flash memory allows for you to store up to 20 cards at once.
• Plastc Card will display your photo ID and signature on the E-Ink touch screen so you are giving additional forms of identification to the retailer.
• 30-Day Battery Life + Wireless Charging you will experience about 30 days of battery life.
• A built in light sensor detects when Plastc Card is in or out of your wallet, allowing Plastc Card to save battery life and only display information while in use.

“We are inspired by all of our Plastc fans out there. We didn’t fully expect the volumes of pre-orders that we’re seeing on a daily basis. We are fully committed to delivering on our promise of producing the industry’s most intelligent, secure digital card ever invented, and are looking forward to getting the Plastc Card to market,” stated Marquis.

Fast Facts on Plastc Pre-Order
Plastc experienced a number of additional notable milestones for its launch in the first week of launch including:

• Plastc’s video saw over 1.3 million views and continues to rise
• Top buyers of Plastc Card were early adopters, ranging in age of 25-34 years of age
• 45.8% of preorder sales came from female buyers, while 55.2% were male
• U.S. cities where people ordered the most include New York City, San Francisco, Los Angeles, Chicago and Seattle

Plastc’s Refer a Friend Program
On top of Plastc Card’s tremendous growth numbers, Plastc’s referral campaign has also led to success. At launch, Plastc introduced a give $20 get $20 referral program. Those that pre-order Plastc Card will have the option to refer as many friends and family to purchase Plastc Card as well, and for each person that accepts the offer the original purchaser will receive a $20 Amazon gift card at the time of shipping, and the referred will receive $20 off the purchase of their Plastc Card. There is no limit to the referral program at this point.

About Plastc
Plastc (www.plastc.com) is a Fin Tech company focused on designing innovative products that improve the lives of everyday people.

Plastc Card is the most intelligently designed, full-featured, and secure payment device on the market. In conjunction with the Plastc Wallet app, the Plastc Card can store credit, debit, gift, loyalty, membership, and even access cards on a single device. Each Plastc Card is equipped with a secure PIN lock, proximity alerts, and a unique ‘Return Me’ mode, making it more secure than both traditional credit cards and other payment technologies.

Plastc was founded by entrepreneurs and technologists Ryan Marquis and Mark Stubbs in 2012 and is based in Palo Alto, California.