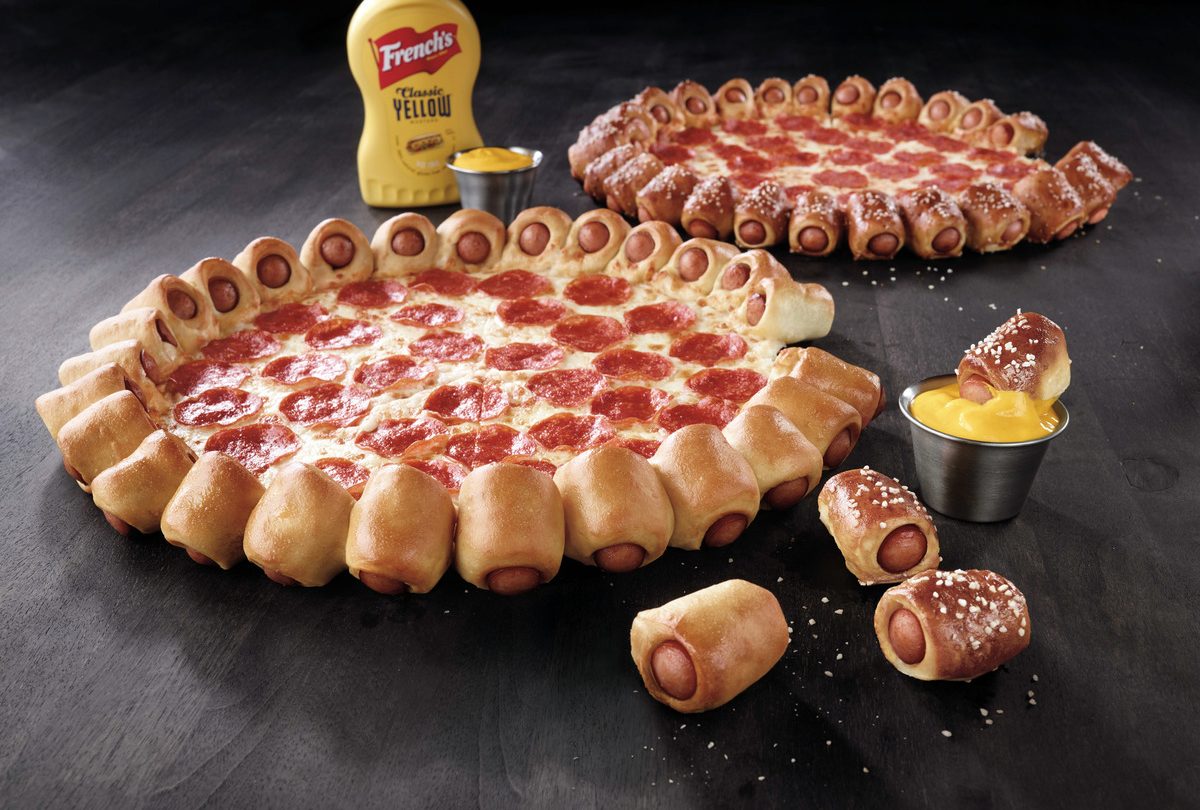 This has been a pretty good week, all things considered. Apple unveiled a new music streaming service, dozens of game developers started discussing their plans for E3 2015 and Chris Heston threw a no-hitter against the Mets… but inevitably, something had to come along and ruin it all.

What you see at the top of this post is the Hot Dog Bites Pizza, and Pizza Hut is going to start selling it on June 18th.

We’ve covered plenty of terrifying fast food items in the past, from the Taco Bell breakfast menu to Hardee’s latest monstrous burger creation, but I’m thinking that the Hot Dog Bites Pizza might take the cake. According to Bloomberg, the pizza features 28 “premium hot dog bites,” which are meant to be peeled off and dipped in mustard.

Pizza Hut is owned by a company called Yum! Brands Inc., and their CEO Greg Creed admits that recent menu additions haven’t been drawing the kind of customer reaction the franchise would have hoped for. Creed says Pizza Hut is going to get back on track by turning its attention back to “mainstream pizza customers,” who apparently want hot dogs in their pizza crust.

Approximately 1.5 million Hot Dog Bites Pizzas will be ready to roll out on June 18th. Pizza Hut will sell them until July 11th, unless the supply is depleted before that date, which seems incredibly unlikely.