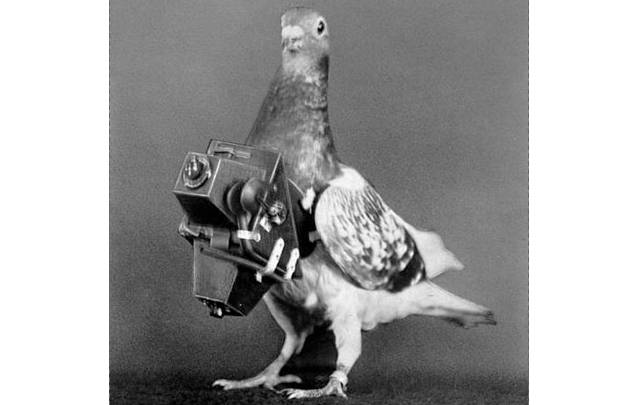 While some countries are having trouble spying on suspects than because of communication encryption, India has other worries. Police in the country have arrested a pigeon (not the one in the picture), on charges that it may be a spy from Pakistan.

Yes, this is real news reported by the BBC. Apparently spy pigeons are a real thing over there, or at least police believe that to be the case.

The bird in question was taken into custody on Thursday after being discovered by a 14-year old boy in a village around 4km from the Pakistani border. The bird had a “stamped message” on its body written partly in Urdu, which is the official language of Pakistan.

The bird was X-rayed at police headquarters, but nothing suspicious was found. Even so, the pigeon remains in police custody, and it has been logged in as a “suspected spy” in the official police diary.

“This is a rare instance of a bird from Pakistan being spotted here. We have caught a few spies here. The area is sensitive, given its proximity to Jammu, where infiltration is quite common,” local police superintendent Rakesh Kaushal told the Times of India.

The BBC says that pigeons do make perfect spy tools since they can’t be hacked. If you want to read more about other projects that use animals as spies, including the Bletchingley pigeon, Operation “Acoustic Kitty” and H’Angus the Monkey, check out the source link below.