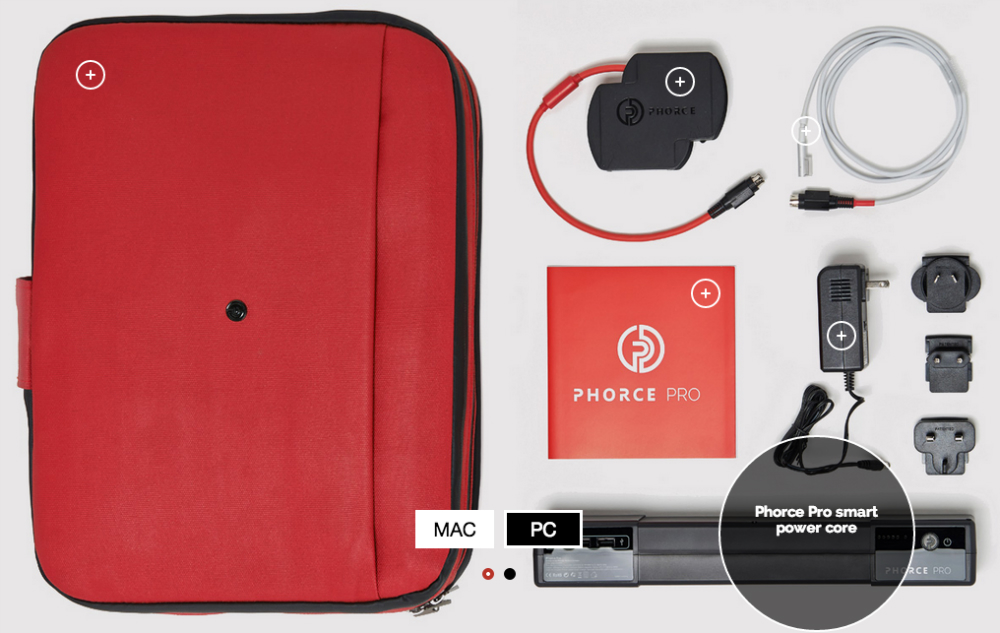 Battery charging is one of the most common problems with mobile devices, especially for people who are always traveling and carrying various gadget combos, including smartphones, tablets and/or laptops that all need constant battery attention. There are many extremely interesting portable batteries that can be used to recharge some of these devices while traveling, but Phorce Pro may be the only one you’ll need to consider thanks to its massive 26,000mAh charge that can be used for… basically anything.

Unveiled at IFA 2014 in Berlin, Germany, Phorce Pro is not limited to smartphones and tablets, and can power laptops as well. For example, the company says the battery can recharge an iPhone 5s 14 times before needing to be recharged itself.

Most importantly, Phorce Pro is an actual bag built for the battery, that has enough storage space to help you neatly store your mobile devices and laptop and charge them at the same time while you’re traveling. The whole thing weighs 4.7lbs (or around 2.1kg).

The battery can simultaneously charge up to three devices at the same time, and is protected by water-resistant materials. The Phorce Pro can be transformed into a briefcase, backpack or messenger bag, and comes with a bundled app that not only tells users how much juice is left in the battery, but also stops them from forgetting the bag when they leave.

The Phorce Pro is already available for pre-order on the company’s website and comes in two versions, including a Mac version that retails for €599 ($776) and a slightly cheaper PC version that costs €549 ($711). The company says the Phorce Pro units will start shipping on September 30.