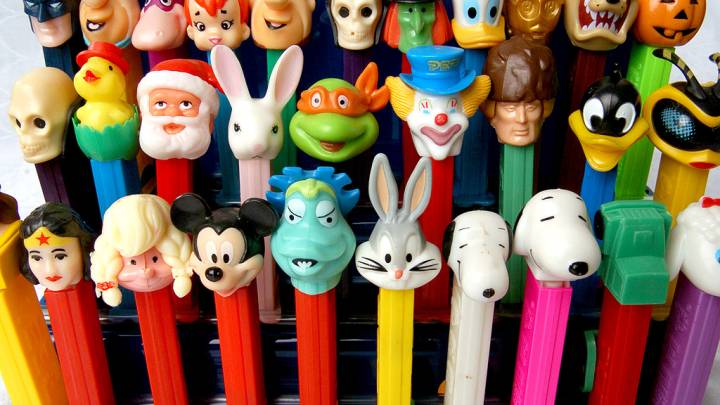 We all know that major studios for the past several decades have been utterly lacking in imagination when it comes to signing off on potential blockbuster films. It seems like every major summer movie released is based on a comic book, an old television show or is a revival of an older franchise. Never, however, have I felt the unmitigated sense of horror that I just experienced when I found out that some studio is actually making a Pez movie.

FROM EARLIER: New ‘Deadpool’ teaser shows why it will be the funniest Marvel movie ever

Yes, that Pez. The tiny little sugar pellets that get dispensed through cheap plastic containers called, appropriately enough, Pez dispensers. And they are really somehow making a movie about this.

“Envision Media Arts has entered an exclusive agreement with PEZ Candy Inc. to develop an animated feature based on the spring-loaded lozenge dispensers with the flip-up heads,” Deadline informs us. And it gets worse from there.

“PEZ Candy is beloved by children and adults alike,” EMA CEO and founder Lee Nelson explained to Deadline. “With Cameron Fay we’ve created a world unique to Pez and a story that will touch the hearts of many.”

Admittedly, this isn’t the first time we’ve seen a studio prooduce a 90-minute product placement masquerading as a feature film. However, with The Lego Movie there was at least the possibility to do something fun since Legos are toys that have inspired creativity in children for decades. What the hell could possibly be a compelling plot about Pez? Will the Pez dispensers come alive at night to fight against wicked health advocates who say that maybe it’s a bad idea to let your children grow obese from sucking down tiny fat pills from plastic containers all day?

At any rate, I think the phrase “Hollywood is out of ideas” is often overused but in this case it’s 100% warranted. If this is actually a success, we can expect to see The Cheetos Movie hit theaters by Christmas 2018 and then Cheerios: The Musical out by the summer of 2019. Lord help us.