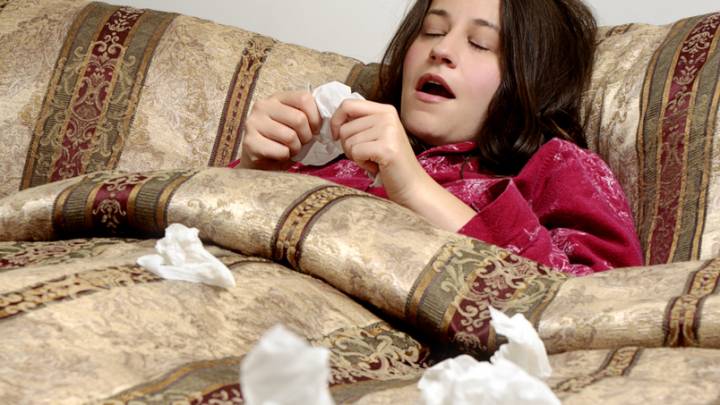 If you come down with the flu this winter, don’t be surprised if people avoid you without even thinking about it just from the way you smell. New research published in Psychological Science claims that “humans are able to smell sickness in someone whose immune system is highly active within just a few hours of exposure to a toxin,” which the scientists speculate is a biological mechanism for warning others within your species that you’re sick and that they should keep away from you.

The scientists conducted their experiment by injecting a group of test subjects with lipopolysaccharide, a toxin that typically induces a rapid response from your immune system. The scientists then collected the sweaty shirts from the subjects and paired them with the sweaty shirts from a control group of people who weren’t injected with lipopolysaccharide.

The shirts were then given to a third group of people to smell. On the whole, the shirt-sniffers rated the smell from the “sick” shirts as more foul than the smell from the “healthy” shirts. The scientists have yet to identify the specific chemicals that gave off foul odors but Psychological Science says the finding is important because “it grants us a better understanding of the social cues of sickness, and might also open up doors for understanding how infectious diseases can be contained.”

At any rate, let’s hope that smell-sending smartphones never catch on because otherwise people might be more reluctant to call their sick friends, which would be very sad indeed.