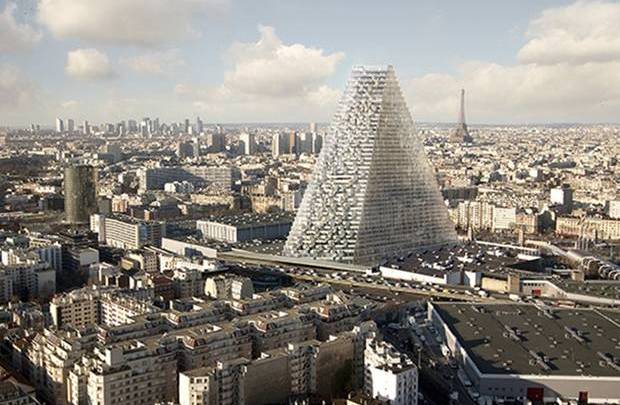 France can be very demanding when it comes to certain things, such as Uber or Airbnb’s conquest of Paris, as you may have recently discovered. Therefore, you shouldn’t be surprised to hear that Paris stood firmly against skyscrapers in the city for 42 years, at least until one “invisible” tower design came along.

After allowing the Montparnasse Tower to be built in the 70s, a 690-foot building that seems out of place in the marvelous town – probably because the local authorities refused to build similar projects for so many years – the city has greenlighted an even more impressive building, The Independent reports.

The new skyscraper has the shape of a triangle – Triangle Tower is its name – and it’s built by some of the top architects of our age. Interestingly, the skyscraper is almost as tall as the Montparnasse, but the designers apparently used one word obsessively to convince authorities: The building should be “invisible,” even though it’ll be 600 feet tall.

The building will be covered in glass, and from certain angles it will look like a thin, tall structure. From other angles, it would be similar to a massive pyramid.

You’d think such a monumental building would dwarf all the other attractions in the city, except for the Eiffel Tower which tops it, and that might be a concern the city had in the past with skyscrapers. In fact, last November authorities rejected the same project, but the vote was later deemed invalid. This year, a minor majority made the Triangle project a reality, though controversy surrounding remains.

The glass building will cost some €500 million, and has been designed by the same architects that created many famous landmarks including the Bird’s Nest Stadium in Beijing, the Allianz Arena in Munich and the Serpentine Gallery Pavilion in London.

The Triangle Tower will house a 120-room four-star hotel, a restaurant, a Sky Bar and more than 753,000 square feet of office space. More images showing what this impressive building will look like in Paris follow below.