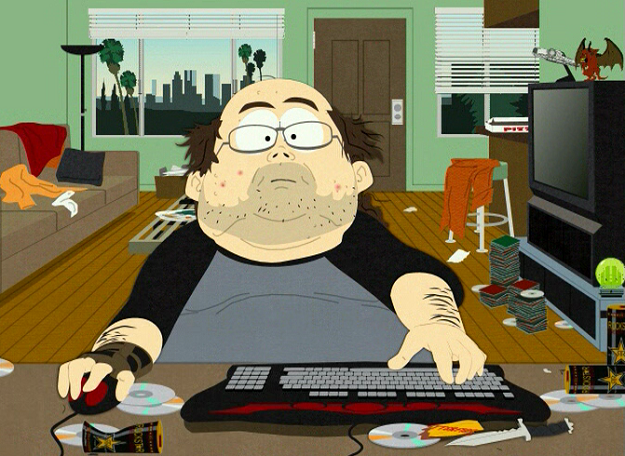 Though often exaggerated in popular culture, the old stereotype about gamers  being overweight isn’t entirely without merit. A 2009 study, for instance, found that gamers do, in fact, tend to be on the heavier side of the scale relative to the population at large.

But might it be possible for video games to actually help gamers lose weight? Researchers at the University of Exeter believe so, as evidenced by a new study which shows that certain types of mental training can directly result in gamers consuming up to 220 fewer calories each day. Over time, that amounts to nearly two pounds of weight loss per month.

The research study at the University of Exeter involved nothing more than a simple game aimed at conditioning users to avoid unhealthy foods.

The game requires people to repeatedly avoid pressing on pictures of certain images (e.g. of biscuits), whilst responding to other images (e.g. fruit, clothes), and therefore trains people to associate calorie-dense foods with ‘stopping’. The team previously showed that this training reduces how much food people eat in laboratory tests.

Now their new study, sponsored by the Wellcome Trust and published in the journal Appetite, has found that 41 adults who completed four 10-minute sessions of the training online lost a small but significant amount of weight and ate fewer calories (estimated from food diaries).

All the more impressive is that the study found that the beneficial results of this mental training, so to speak, persisted for months after the study was completed. This is particularly noteworthy given that keeping healthy eating habits up, while keeping one’s weight down, is often more challenging than shedding a few pounds right off the bat.

“These findings are among the first to suggest that a brief, simple computerised tool can change people’s everyday eating behaviour,” researcher Dr. Natalia Lawrence explained. “It is free, easy to do and 88% of our participants said they would be happy to keep doing it and would recommend it to a friend.”

Admittedly, the researchers note that their pool of test subjects was somewhat small (41 people in total). Still, given the promising results they’ve seen already, they believe that larger-scale trials conducted over longer time periods are worth conducting.