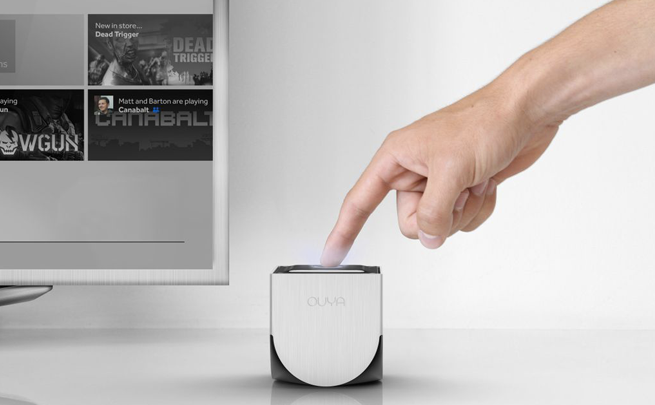 Ouya, the popular Kickstarter project that turned into a gaming console business has further expansion plans in mind, Slashdot has learned, with the company getting ready to announce an Ouya Everywhere gaming initiative that will not necessarily require a big-screen TV to be connected to an Ouya console for players to enjoy Ouya games. However, it’s not clear how gameplay would work, or whether other hardware purchases may be required.

“It could be another set-top [box],” Ouya CEO Julie Uhrman said. “It could be the TV itself. There’s a number of different ways that games can be played on the television, and we’re actively exploring all of them.” The company already has an unnamed partner for the Ouya Everywhere project. “We started having conversations at CES, and we’re really surprised by the pickup the idea had, so we’re jumping in with both feet and it’s a core focus for us,” Uhrman further added.

With Ouya Everywhere, the company will be “bringing our software to other people’s devices by embedding it in those devices. We’ve always wanted to be an open platform. It started with a hardware product for us. We will always have an Ouya reference design… but in addition to just being a reference device we believe our ecosystem can live on other devices.”

Ouya will not stop making Android-based consoles in the future, as demand is apparently still high according to the CEO – Uhrman however, did not say how many $99 consoles Ouya sold since launching it last year.

Sony has a similar console-less gaming experience in mind for users, as the company is currently testing a game streaming service called PlayStation Now, which lets users play PlayStation 3 titles on Internet-connected TVs, without the need of an actual console.