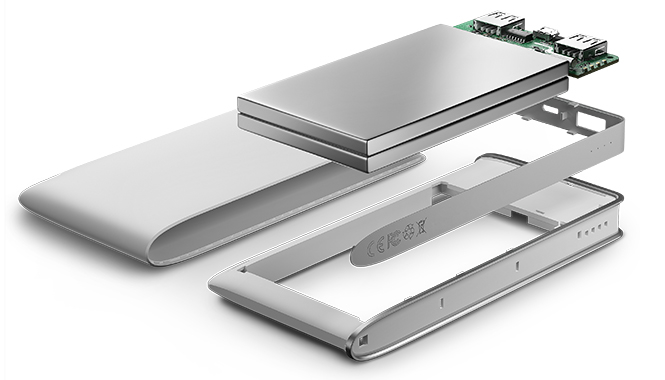 OnePlus, the maker of the OnePlus One, announced several special offers for its customers on Wednesday in celebration of its one-year anniversary, including a brand new smartphone external battery that’s also extremely affordable.

FROM EARLIER: Leak: This is the next smartphone from OnePlus, makers of 2014’s most exciting Android phone

The OnePlus Power Bank promises to offer users an additional 10,000 mAh of portable battery juice, for only $14.99 or €15.99 (depending on region) next year when it launches. The battery pack can offer up to three full charges to the OnePlus One, featuring two USB 5V/2A ports that can charge two mobile devices including smartphones and tablets simultaneously.

In addition to unveiling this new smartphone accessory, which is compatible with any other smartphone and not just the OnePlus One handset, the company also announced that on December 17th buyers will be able to buy its handset without an invite on its site.

OnePlus didn’t have a flaw-free year, having to deal with several issues whether related to product quality or to meeting increased demand, but the OnePlus One turned out to be one of the pleasant Android surprises of the year, a more than affordable flagship handset — OnePlus also published a lengthy post on its blog explaining how it experienced this first year as a smartphone maker.

On a sadder note, the OnePlus One has been banned from sale in India for the time being, LiveMint reveals, after local handset maker Micromax filed a complaint against OnePlus, in order to protect its exclusive Cyanogen OS deal for the region.