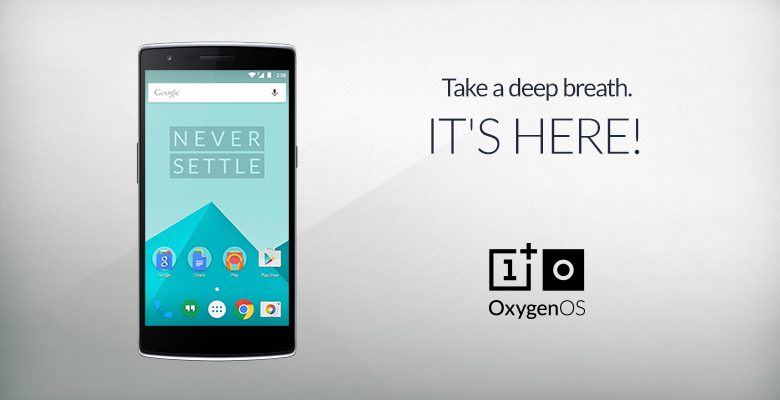 After announcing that it was working on its own Android OS to replace Cyanogen OS on its affordable flagship handset, OnePlus has finally rolled out the OxygenOS update for the OnePlus One, even though it missed an earlier release target.

Installing Lollipop on the device should be a somewhat straightforward procedure, but there’s a twist: the company has not released an automated solution for upgrading Cyanogen OS to OxygenOS, so users will have to do everything themselves – a step-by-step guide is available at this link.

As for OxygenOS, OnePlus promises a bloat-free experience that should focus on important things.

“We place things like performance and battery life over gimmicks and bloated features,” the company said. “We want to be careful that we aren’t adding features simply for the sake of differentiation. We’ve implemented some important features thus far, but they are subtle and meaningful. That’s our philosophy behind OxygenOS: keep it light and essential.”

The company also offers its customers a feedback app on its forums that can be used to send feedback directly to its ROM team.

A video showing the best features of OxygenOS follows below.