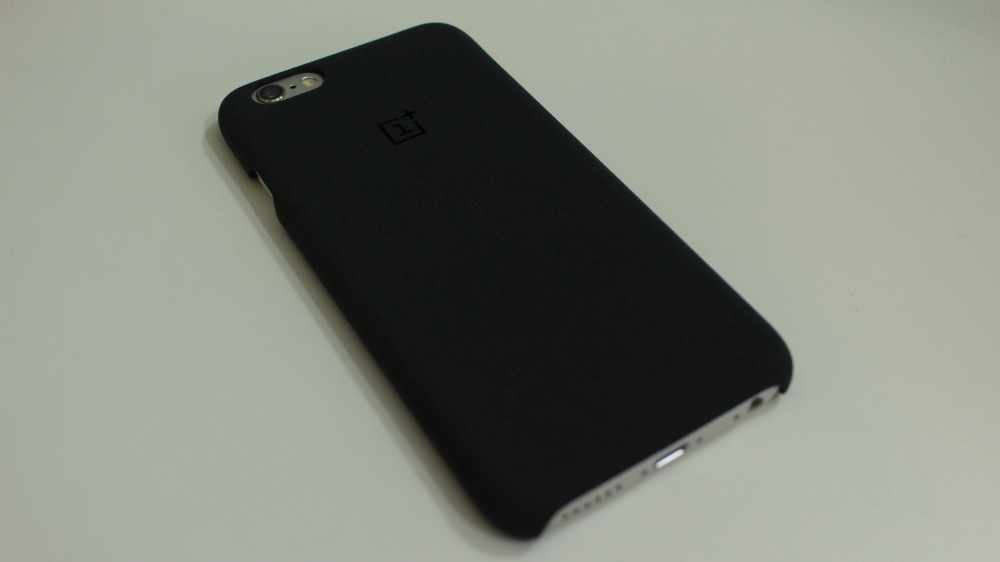 Hardcore Android fans are more than familiar with OnePlus, the Chinese startup that created three interesting Android devices so far, including two high-end devices priced well below what you’d usually expect for flagship handsets – the 2014 OnePlus One and the 2015 OnePlus 2. The company even has a daring, yet somewhat controversial, a motto that’s supposed to explain its smartphone mentality: #NeverSettle. Though, truth be told, OnePlus did settle quite a few times when it comes to the choices it made for its smartphones.

With all that in mind, we couldn’t be more surprised to see OnePlus create accessories for… wait for it… the iPhone 6 and iPhone 6s.

DON’T MISS: These are Amazon’s best Cyber Week deals of the day for Tuesday

OnePlus is selling iPhone cases that have the same Sandstone Black finish as one of the most popular rear panels available for both the OnePlus One and OnePlus 2, 9to5Mac reports.

Interestingly, the iPhone 6/6s case has the same#NeverSettle slogan printed inside, alongside a “Get a grip” message.

Even stranger, a OnePlus physical invite card comes with the iPhone case. The card lets you purchase the OnePlus X, the latest smartphone made by the company, which is a cheaper mid-range smartphone.

In other words, OnePlus wants you to pay $19.99/£15.99/€19.99 for the iPhone 6/6s case so that it can later convince you to ditch the iPhone, and use that OnePlus X invite to replace the very expensive smartphone with a cheaper device – which, incidentally, means paying extra cash for the new OnePlus handset.