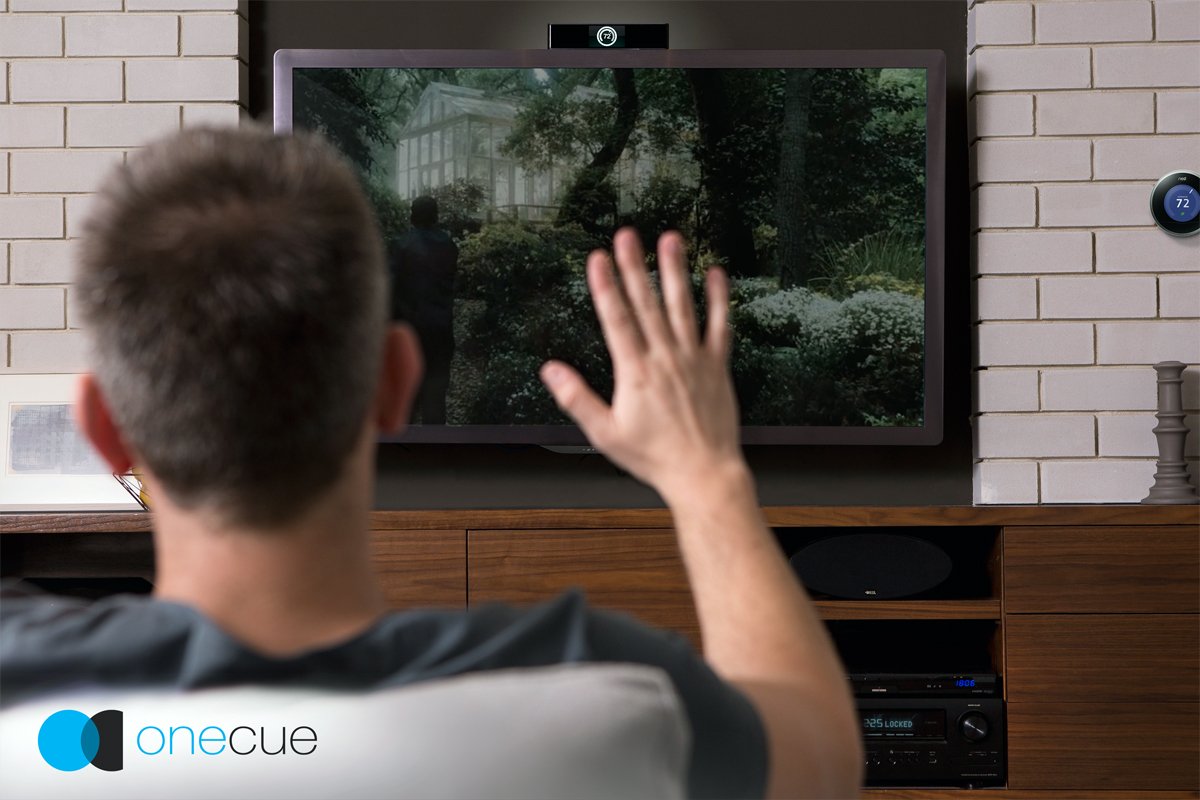 Clicking buttons on a remote is so 2013. In 2014 and beyond, gadget makers are turning their attention to voice commands and gesture controls as the preferred method of navigating on-screen interfaces and controlling the various devices in your home. But what about all of the devices you already own that don’t support gestures and voice commands?

Companies are hard at work on accessories that will drag your old devices kicking and screaming into the future, and one such offering has just been unveiled that will add Kinect-like gesture support to your , Nest thermostat and more.

“Every device in our homes, from the TV to the cable box to the thermostat, has its own control system and remotes, cables or apps for operation, resulting in lots of clutter and fragmentation,” EyeSight CEO Gideon Shmuel said in a press release. “To solve this problem, we developed onecue, a control center to bring together all of these devices through a natural, easy-to-use interface that leverages our years of experience in gesture recognition technology to let you experience your home through your fingertips.”

Onecue is a small device that sits on top of your TV or anywhere else and acts as a control hub for everything in your house. At least, that is the endgame for EyeSight, the company behind the device. For the time being it can only control the , Nest Learning Thermostat, Phillips Hue lightbulb and a few other devices.

EyeSight is a well-known player in the gesture control space, having developed “touch-free interfaces” for Lenovo, Philips and Toshiba in the past.

The company’s first direct-to-consumer device will be the Onecue, and here are three key features:

Onecue is available for preorder beginning Monday on the Onecue website, which is linked below in our source section. It will initially cost $129 during pre-sales, and then will jump to $199 when it launches sometime early next year.