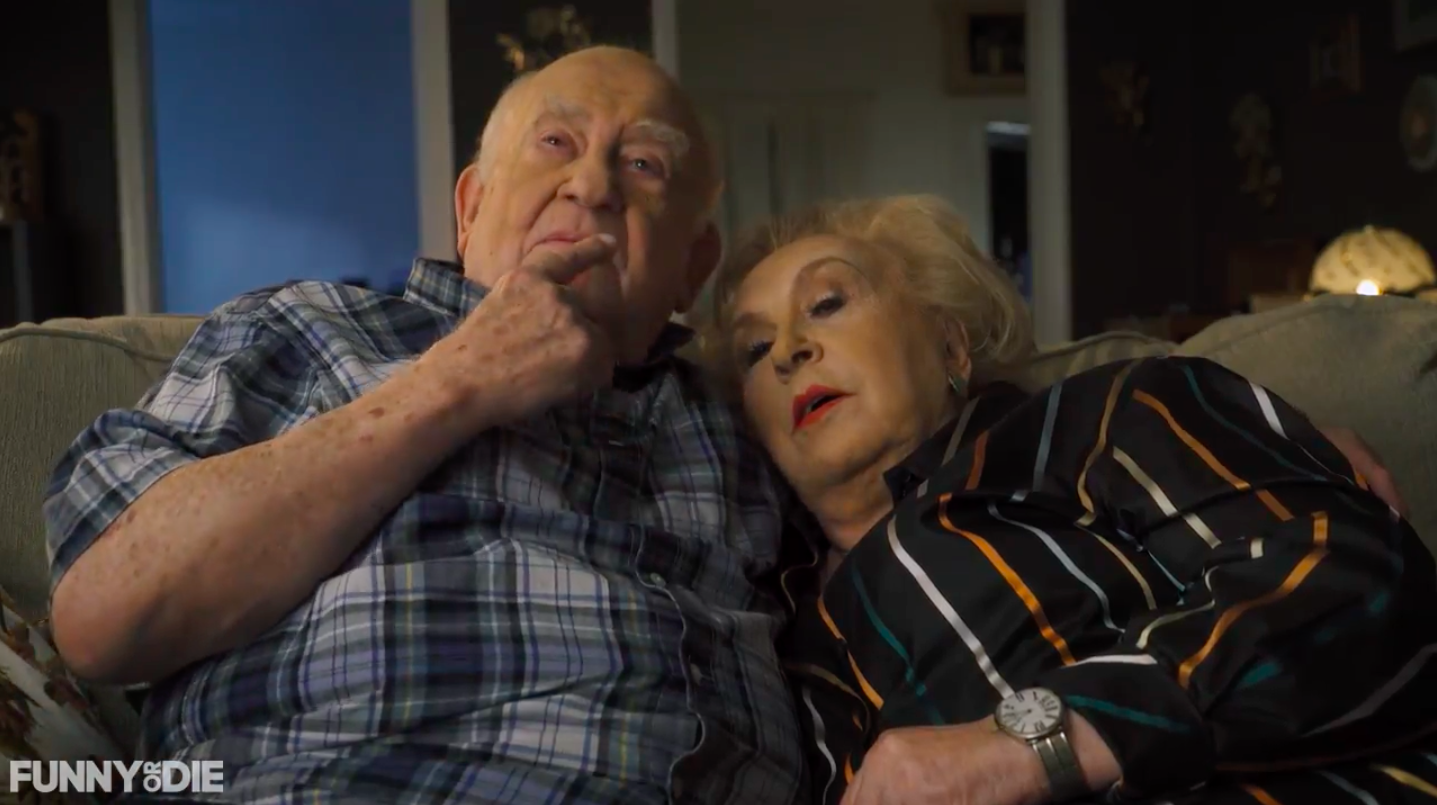 There’s a new phenomenon sweeping the nation, and it goes by the name of Netflix and Chill. From what I understand, the phrase originated when high school and college-aged kids started realized they needed a natural, innocuous way to ask their crushes or significant others to come hang out at their place.

The Internet was quick to turn ‘Netflix and Chill’ into yet another meme, which might explain why Funny Or Die’s latest original video features Ed Asner and Doris Roberts settling down on the couch to watch Netflix. And maybe even chill.

But, like many other couples, Asner and Roberts can’t decide what to watch, so Roberts’ character, Edna, decides to call her granddaughter to find out what’s worth watching on Netflix at the moment.

Once the two have settled on Narcos, it dawns on Edna and Asner’s character, Burt, that they’ve been snuggling up together and watching movies late into the night since the ’60s, so perhaps ‘Netflix and Chill’ isn’t a new cultural phenomenon after all. Maybe a bunch of pop culture sites just all decided to write about it in the same week.

Regardless, it’s a pretty funny video, so be sure to check it out below (and don’t worry, it’s not nearly as graphic as it could have been):