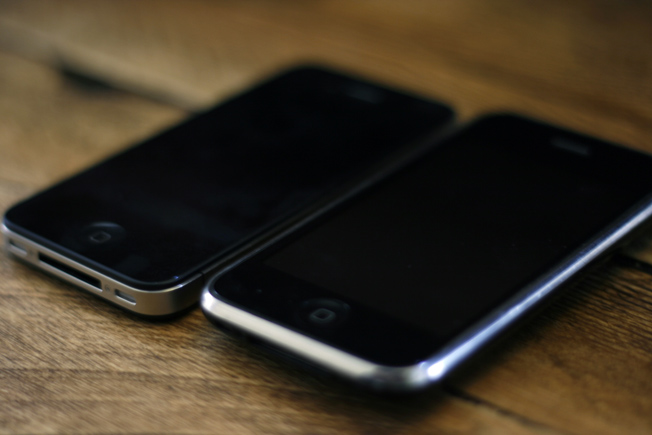 Analysts and pundits have claimed that Apple simply needs to release new low-priced iPhones to better compete for smartphone market share, but the company is still choosing not to compete in that particular segment of the mobile business — or at least not actively by launching cheaper new iPhones each year. Instead, Apple keeps around older models that are sold for cheaper prices alongside brand new releases. And a new patent discovered by AppleInsider reveals how Apple may increase performance of aging devices, keeping them around for longer and potentially making them interesting choices for budget device buyers who could purchase second-hand iPhones instead of cheap new Android devices.

The patent – titled “Modifying operating parameters of a device based on aging information” – describes means through which Apple would be able to determine the aging status of a device like the iPhone and optimize the iOS software in order to prolong its lifetime while keeping intact battery efficiency and overall user experience.

The company would actually be able to assess the effect long-time usage has on devices by monitoring internal circuitry, and then adjust the software to match the device’s new conditions. Additionally, location data that would provide insight into the weather and temperature around a device, which are additional factors that affect the aging process of a device. Furthermore, operating frequency and intensity, as well as type of usage (such as extensive use for gaming purposes) could paint a more accurate picture of the device’s state.

By gathering crowd-sourced data from devices in use or by using an aging scale for a model, Apple would be able to asses the state of an iPhone and issue “fixes” through software updates that would allow it to still offer the expected experience despite wear and tear pressure.

In addition to keeping older devices in use for longer periods of times, and thus indirectly raising their resell value, one important benefit of such technology for Apple would be the ability of supporting older devices when it comes to significant software updates. For example the recent iOS 7.1 update has improved iPhone 4 performance, although it’s not immediately clear whether the optimizations had anything to do with Apple’s collecting of aging data – the patent was filed in 2011, which shows that Apple has been interested in such technology for quite a few years.

On the same note, Apple has recently started its iPhone 4 production, with the 2010 iPhone still an interesting prospect for buyers in that market.