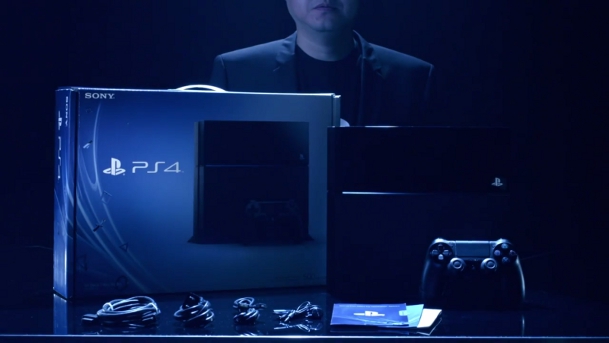 This Friday, the next-generation of video game consoles will finally be upon us, and in order to celebrate, Sony has released a ridiculously overwrought PlayStation 4 unboxing video. Included in the surprisingly thin box are the three vouchers Sony revealed last week, a tiny pamphlet that will serve as the Quick Start Guide, one DualShock 4 controller, an HDMI cable, an AC power cord (sans power brick!), a mono headset, a USB cable for charging the controller and the PS4 itself. Microsoft put its own Xbox One unboxing video online back in August, a slightly more tame and informative display than the leather glove light show that Sony has put on in its own video. Watch the official PS4 unboxing below.