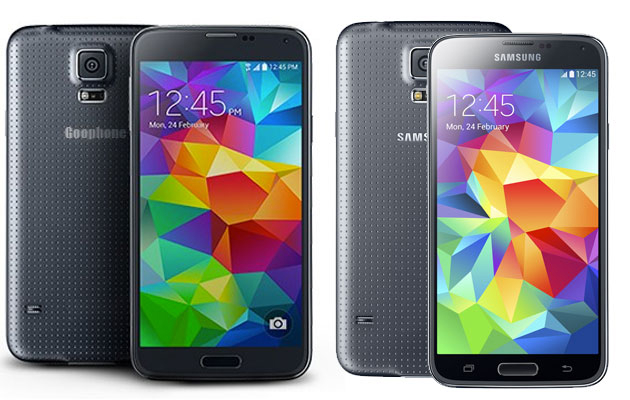 Even though the Galaxy S5 was only announced on Monday, a clone for the handset has already been unveiled, by Chinese device clone makers Goophone, which will be much less expensive than the real thing. The Goophone S5 will cost just $299.99, and for that price users will get a smartphone that looks almost exactly like the Galaxy S5, and offer almost similar specs. It’s not clear when the smartphone will ship to interested buyers, being currently marked as “out of stock” on the Goophone site.

The phone’s design appears to closely resemble the design of the Galaxy S5, complete with the new band aid-like plastic back, the colors (white, black, gold and blue,) and heart rate sensor underneath the rear camera, although the company doesn’t say anything about Goophone S5 actually supporting such a feature. A fingerprint scanner in the home button is also likely to be absent.

Samsung surely can’t be happy about these clones popping up from China, but then again, the company knows a thing or two about being a close follower when it comes to launching products that look more or less like the competition’s.