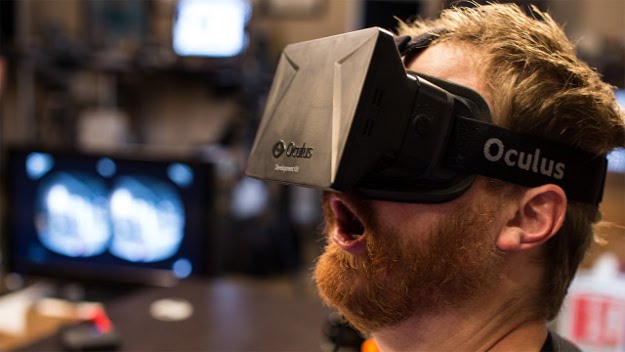 Oculus VR is the company behind the Oculus Rift, a virtual reality device that has single-handedly revitalized the VR market. The device might look ridiculous — see the image above — but anyone who has tried out the Oculus Rift or a similar headset has come away with the same reaction: A dropped jaw and a blown mind.

Now, according to a big leak from Facebook, which acquired Oculus VR for $2 billion in 2014, it looks like some exciting virtual reality news may be in store for us later today during Facebook’s annual keynote from the F8 developer conference.

If you have an Oculus Rift, get ready to be teleported… maybe.

As TechCrunch noted, Facebook’s FB app for the iPhone sent out a premature notification that pulls back the curtain on several announcements due from CEO Mark Zuckerberg’s F8 keynote later today. Among them are Messenger as a Platform, which may be Facebook’s attempt at a LINE-like setup where companies can build games and apps to sell inside Messenger; Parse for IoT, which is clearly a connected life play; and “Teleportation.”

The notification only mentioned a “Teleportation Station” without offering any further explanation, but it seems likely that it pertains to Oculus. Perhaps the news involve a new technology that allows people to virtually visit remote locations in real time.

Here’s a screenshot of the leak: