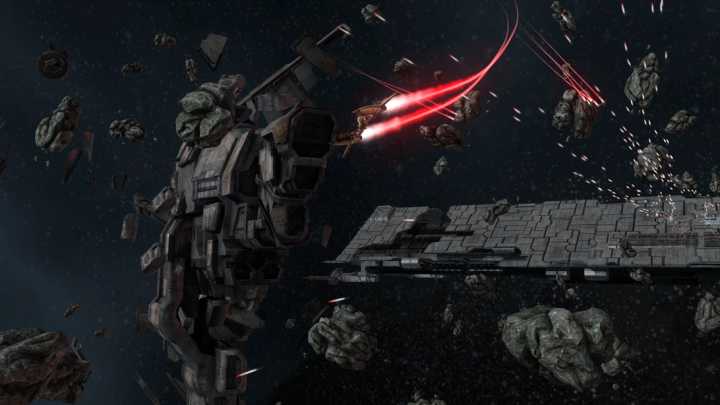 The team at Oculus had plenty to talk about today during their pre-E3 press conference, from the design of the consumer model to the crazy wireless controller that will change the way we interact in VR, but the most exciting portion of the presentation for me was when the game developers were given some time in the spotlight.

READ MORE: My marriage would flat-out not survive me owning an Oculus Rift

The heads of CPP Games, Insomniac Games and Gunfire Games all walked on to the stage to present their VR titles. We’ve seen EVE: Valkyrie before, but Edge of Nowhere and Chronos were all-new. Between Ratchet & Clank and Edge of Nowhere, Insomniac is looking to have a killer E3.

Check out the trailers for all  four games below (Playful released a trailer for Lucky’s Tale later in the day):

Head of Studios at Oculus, Jason Rubin, also announced five more games that will be playable at E3: Damaged Core, VR Sports Challenge, Esper, AirMech VR and Lucky’s Tale. All five of those games will be available in 2016.

You can see a more compact highlight reel (featuring a few of those games) below: