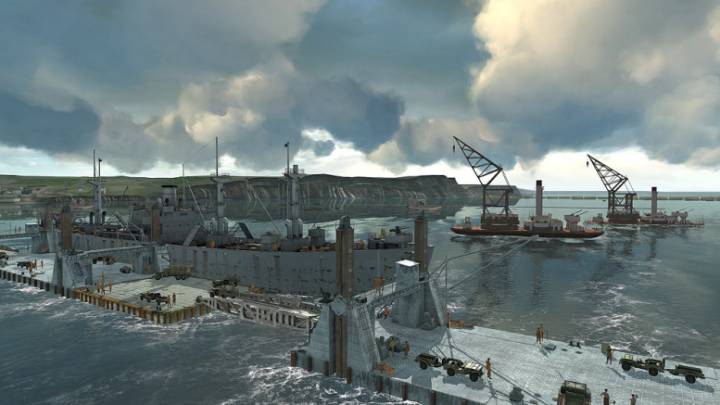 French 3D company Dassault Systemes has created an awesome virtual universe to mark the anniversary of the June 6, 1944 “D-Day” landings and the technology that made them possible, VentureBeat reports. The huge project allows users to explore historical places and equipment from that era by using a virtual reality headset such as the Oculus Rift.

“The animations of the Higgins landing craft, the Waco airborne troop gliders, and the Mulberry Harbor artificial port have been painstakingly recreated based blueprints that were carefully preserved over the decades, as the original vehicles are no longer around,” the publication writes. “They show that digital animation technology can be used to educate and preserve history in addition to entertaining our youngsters.”

Over 30 engineers and developers built the virtual universe for educational purposes  in a tribute to the engineers who made the landings possible.

The company’s creation was shown to World War 2 veterans at a PBS event last week. The 3D virtual tour will be further included in a PBS documentary, D-Day: Sunken Secrets, which will air later this week in advance of the 70th anniversary of the Normandy landings.

“We are dedicated to innovation,” Dassault experiential strategy vice president Mehdi Tayoubi said. “We want to create a digital memory. As engineers, we want to keep this memory. The engineers transform dreams into reality. This was a nightmare period for the veterans, and they had to innovate during the middle of it. It is a reminder that we need to be humble.”

The exciting and quiet D-Day 3D landscape can be explored in the following video, with Dassault offering access to more similar videos on its website (see source links at the end of this post).