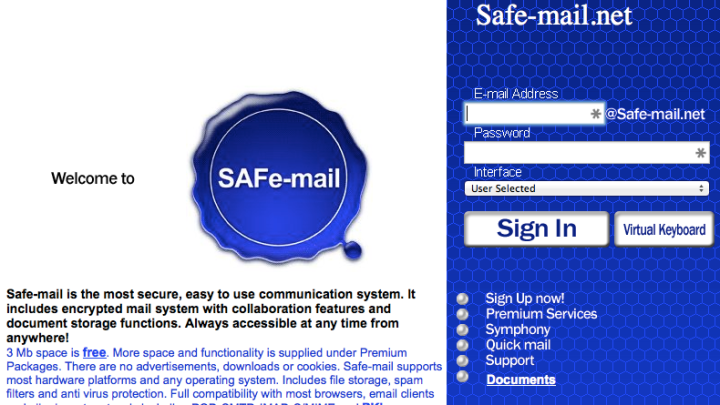 Last week, we learned that the FBI has a copy of the entire TorMail database. Naturally, people who used the secure e-mail service began looking for alternatives. Dread Pirate Roberts, the Silk Road drug forum operator, said, “I know that MANY people, vendors included, used TorMail. You must think back through your TorMail usage and assume everything you wrote there and didn’t encrypt can be read by law enforcement at this point and take action accordingly.”

Now, according to Forbes’ contributor Runa Sandvik, Safe-mail has emerged as the leading alternative. It has been around for four years, is based in Israel, and has minimal registration requirements. Safe-mail users like that its servers aren’t based in the U.S., but Israel may not be the best place for users trying to avoid the NSA’s spying. As Sandvik points out, Israel signed the Mutual Legal Assistance Treaty with the U.S. in 1998. When Sandvik asked Safe-mail’s CEO Amiram Ofir whether Safe-mail had received any Israeli court orders on behalf of foreign law enforcement agencies, Offir simply replied, “Yes.”