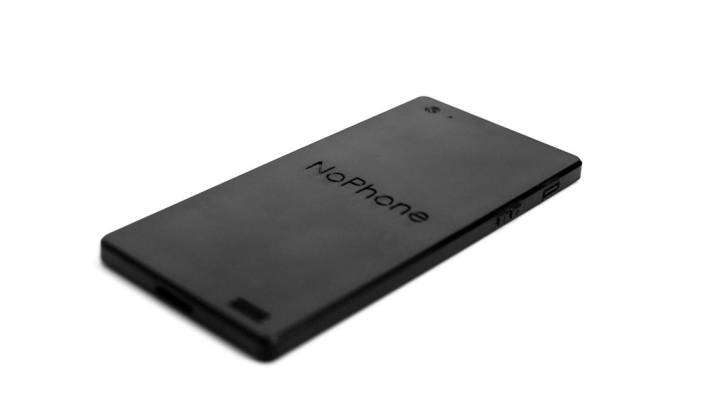 What started as a joke from a group of friends who wanted to raise awareness about a certain kind of social problem smartphone users might have to deal with — ignoring friends in favor of your smartphone — is becoming an actual business. It turns out that there are plenty of people who want to own a “NoPhone.”

FROM EARLIER: This simple quiz will tell you whether or not you’re a smartphone addict

“We are a group of friends from the United States and the Netherlands,” the company writes on its website in the About section. “The idea of the NoPhone spawned from a night at a bar where we regularly hang out and socialize. And by ‘socialize’, we mean stare at our phones and occasionally look up from our screens to order another round, which is the norm nowadays.”

The site continues, “We are selling the NoPhone to give the people what they want, a life of direct eye contact and improved conversational skills. A life beyond a smartphone. A life of NoPhone.”

As Phone Arena reported, the NoPhone is a phone-like brick that does nothing but let you feel its shape and weight in your hand while you’re out and about. The “device” costs $12 and ships anywhere in the world.

Those interested can also purchase selfie-upgraded NoPhones, which are also basically phone-like bricks but with an extra feature: a mirror on one of the sides.

More than 2,000 NoPhones were ordered via Kickstarter before the holidays, but the company now lets you purchase you dummy phone directly from its website (check out this link).

This hilarious comparison perfectly explains why the NoPhone might be a lot better than the iPhone.