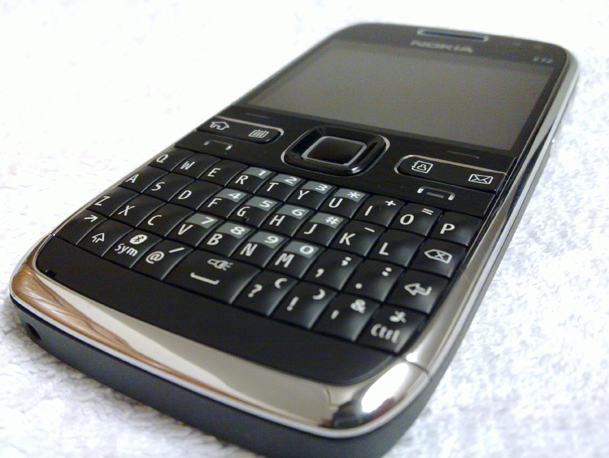 One of the surprises from last week’s Mobile World Congress trade show was Nokia’s (NOK) confirmation that it has no plans to add QWERTY models to its Windows Phone lineup. Nokia used to be the second biggest QWERTY phone brand in the world and BlackBerry’s (BBRY) subscriber base of nearly 80 million users is potentially up for grabs in many of the emerging markets that are Nokia’s bread and butter.

Nokia’s argument is that the number of QWERTY phone fans is declining. But feature phone sales are also declining, yet that hasn’t stopped Nokia from going after the feature phone market aggressively with its Asha range. Nokia’s flashy Asha offensive paid off in 2012, as the company has posted robust sequential volume gains in this segment over the past three quarters.

It is possible to grow sales in a declining market if you gain market share.

That seems to be why Samsung (005930) is targeting the QWERTY market aggressively and thoughtfully. It is pushing QWERTY models to both GSM and CDMA markets across several different price points. The Samsung Ch@t is selling for less than 5,000 rupees in India, giving consumers who might be tempted by BlackBerry phones an alternative that costs literally a fraction of the price of a new Curve. Samsung also recently launched CDMA QWERTY phones in both landscape and portrait orientations despite the fact that both QWERTY and CDMA markets are shrinking. Smaller vendors like LG (066570) and Huawei are getting attention in Brazil specifically for their QWERTY models.

Samsung, LG and Huawei also understand that the QWERTY market is shrinking. But they want to peel off some of the low-end BlackBerry fans who have no competitive budget models to consider. They want to attract the die-hard QWERTY consumers to their brands before they convert to touchscreen displays. And now they are picking off some of the people who used to own Nokia’s Eseries QWERTY devices and do not have a Lumia alternative to buy.

Considering the Lumia line sold just 4 million units last quarter, does Nokia really have the luxury of rejecting the QWERTY segment where it has a loyal fan base that stretches from Rio to Mumbai? Even if the QWERTY market shrinks to 5% of the overall phone market overnight, that is still 80 million devices.

Nokia’s puzzling move may be mainly motivated by the fact that it is cutting its R&D spending drastically and designing QWERTY models requires a separate track from full-touch handset development. If this is the case, Nokia will effectively be handing out its old Eseries fan base to Asian vendors that don’t mind chasing down niche consumers.

This is pretty much how decline breeds decline in the handset business.[bgr-post-bug]