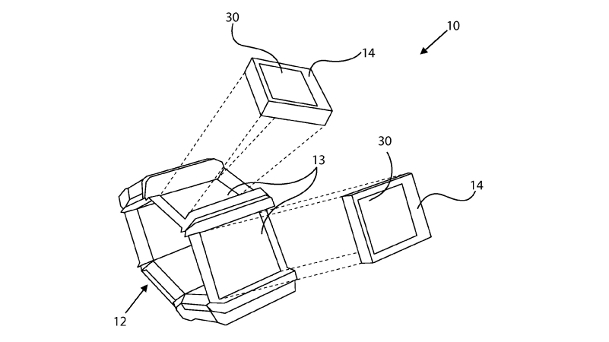 Although there were already rumors that Nokia had a smartwatch of its own in the works, a patent filing and a subsequent video demonstration have unveiled Nokia’s work-in-progress wrist tech in full. The patent for a “multi-segment wearable accessory” was made public on Thursday, revealing Nokia’s plans to design a smartwatch in order to compete with every other smartphone manufacturer already hard at work on their own wearable tech.

The drawings accompanying the patent illustrate individual displays on each of the watch segments, which are also detachable. Several smartwatches have already hit the market, but a single, small watch screen can lead to limited functionality. Perhaps more screens is the answer. Nokia got in touch with Engadget after the story broke in order to share a video of the prototype, codenamed “Facet,” which showcases the interchangeable segments and six touch screens.

The patent was filed on August 20th, 2012, long before Microsoft acquired Nokia’s devices business. There’s no telling how the deal will affect the potential production of Nokia’s smartwatch, but considering how many companies are entering the fray, it would be surprising if Microsoft and Nokia didn’t have something to offer consumers.

The video of the prototype can be seen below.