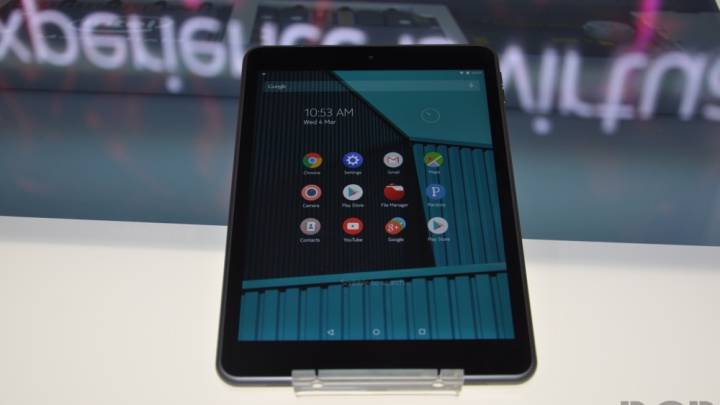 Let’s get the unpleasant part out of the way from the beginning, the Nokia N1 is awfully similar to the iPad mini. Nokia didn’t even really try to deny the N1’s resemblance to Apple’s tablet when showing me the device at MWC 2015. But the tablet is an unbelievably sexy device, and is quite possibly the only Android tablet you should consider buying in the near future.

This is our second time meeting Nokia’s new N1 tablet, and it’s still easy on the eyes as well as on the hands — the device is made of aluminum, and weighs only 318g — and it’s going to be quite affordable at €249 in Europe later this year. The device should have a $249 price once it hits the U.S.

That’s right, Nokia is coming out of China with the kind of gadget long-time Nokia fans have been waiting for.

The company may have lost its mobile devices division, but it certainly looks like it’s capable of coming up with great devices — even though the iPad casts a long shadow over the N1.

That said, the device might be even better than an actual Nexus tablet, as Nokia says it hasn’t done anything on top of Android in terms of customizing user interface, other than adding its gorgeous Nokia Z Launcher on top of Android 5.0 Lollipop.

Furthermore, the company added that the demo versions shown in Barcelona, Spain come with Google’s version of Android — read: Google services included — as opposed to the model currently on sale in China.

Some of the highlights of the Nokia N1 include a better sound experience thanks two the stereo speakers found on the bottom of the device, and a Type-C USB connector that should not only help you quickly transfer files to and from the device, but also help you charge the tablet even faster.

Other defining features for the N1 include the 7.9-inch display with 2048 x 1536 resolution IPS LED-backlit display, and its size — the device, at only 6.9mm thickness, is thinner than the iPad mini.